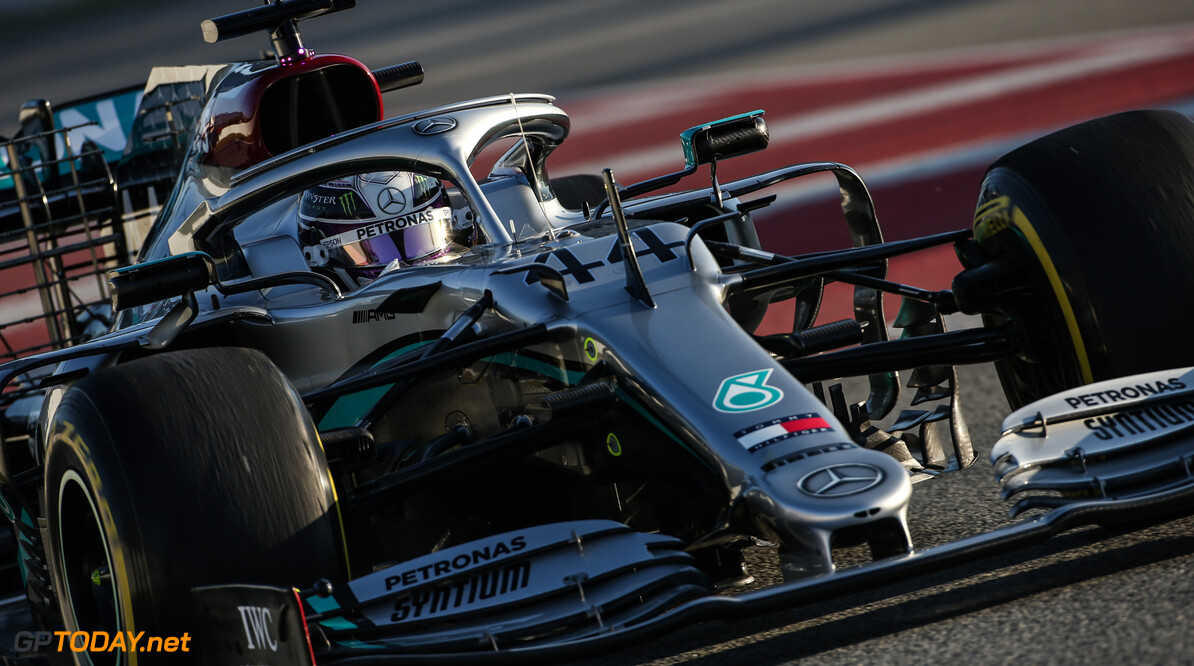 A technical trick linking Mercedes' steering wheel to the toe of the W11 has caused intrigue in Barcelona during pre-season.

Videos emerged of Lewis Hamilton's onboard in which he pulls the steering wheel fore and aft, which visibly adjusts the toe of the car.

Hamilton pulled the wheel towards him along the straights before pushing it forward as he enters the braking zones of certain corners.

There are question marks over whether or not the system is legal or not, with the rules specifically indicating that any movement of the suspension is forbidden.

Article 10.2.1 of the technical regulations states: "With the steering wheel fixed, the position of each wheel centre and the orientation of its rotation axis must be completely and uniquely defined by a function of its principally vertical suspension travel, save only for the effects of reasonable compliance which does not intentionally provide further degrees of freedom.

Furthermore, Article 10.2.2 reads: "Any powered device which is capable of altering the configuration or affecting the performance of any part of any suspension system is forbidden."

Article 10.2.3 relates to the movement of the car while it is moving: "No adjustment may be made to any suspension system while the car is in motion," it asserts.

The initial thinking behind the adjustable toe system is to reduce the drag on the straight, before changing improve the grip in the corners.

However, other suggestions report that it is about retaining tyre temperature along the straights.

'The system has been approved by the FIA'

The concept has received widespread attention in the paddock and media centre.

"I've never seen this before and it seems like a smart innovation from Mercedes," technical expert Paolo Filisetti told GPToday.net. "The question is whether it is an aerodynamic trick or a mechanical element. According to the rules, this should only be done on the wheels with which steering is done, so only on the front wheels.

"What happens is that with this system the wheelbase is adjusted for both straights and curves. This creates the most ideal situation. It looks like a button on the steering wheel is first pressed with the right thumb and then 'MARKER' appears on the display.

"I think it has something to do with being able to steer into corners as optimally as possible, but I don't rule out that it also has a positive effect on speed on the straights"

"I've heard that the FIA has already approved this system, partly because of the fact Mercedes has said: 'We are going to test it right away instead of holding it back'.

"You could have known in advance that this would be in the picture but Mercedes doesn't seem to have a problem with that. To copy this system will take at least a couple of months to make sure that it works well."