Formula 1 has officially presented the final product of how the 2021 cars will look.

For the last two and a half years, F1 has been working with all teams to shape the future of the sport and design cars that bring the competition closer together, as well as allow for better racing.

F1 has outlined its main objectives for the 2021 season, which are;

1. Cars that are better able to battle on the track
2. A more balanced competition on the track
3. A sport where success is determined more by how well a team spends its money not how much it spends – including, for the first time, a fully enforceable cost cap ($175M per season) in the FIA rules
4. A sport that is a better business for those participating and more attractive to potential new entrants
5. A sport that continues to be the world’s premier motor racing competition and the perfect showcase of cutting-edge technology

The car's front wing has seen the introduction of endplates that point directly up in a triangle shape. The winglets are also curved, while the sidepod structure of the car has also been revised to a more sweeping version. The underbody of the car will have increased aerodynamics.

F1 will also swap out its current 13-inch tyres with low-profile 18-inch wheels, which have been tested by a handful of teams so far this year.  The wheel rims could also feature LED panels which would provide information to the spectators.

Teams previously voiced their disapproval over the direction of the regulations, taking issue with the limited aerodynamic freedom they would have under the new rules.

The sporting regulations will also receive a major shift, as a budget cap of $175 million will be introduced. 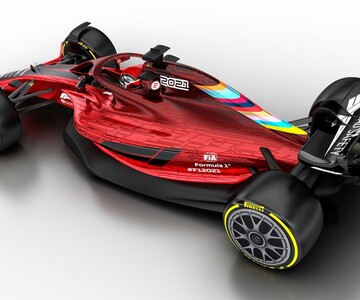 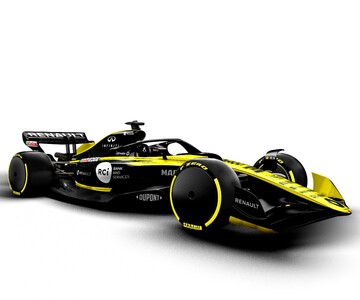 Looks quite futuristic like F1 from 2050 or more. I hope it will look fine and the excitement from races will be aswell. However I'm watching F1 since 1987 and last couple years were best from these 32 years. I really see no reason to make these drastic changes but it seems the big heads want to ... [Read more]