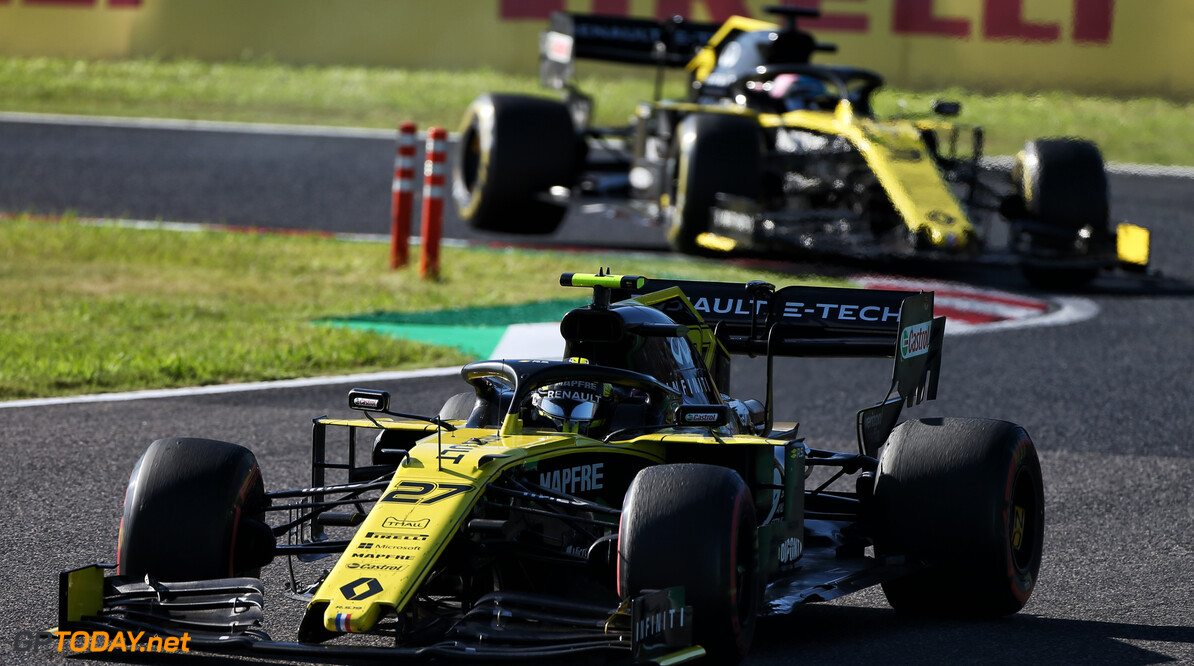 Racing Point has lodged a protest against Renault and the Enstone team's two cars at the Japanese Grand Prix.

The protest is concerning a possible regulations breach with the brake bias dependent system on both Renault cars of Daniel Ricciardo and Nico Hulkenberg.

A meeting is due to take place between the FIA stewards and representatives from both teams at 6:30 pm Japanese time to discuss the issue and to see if there is any fault to the incident.