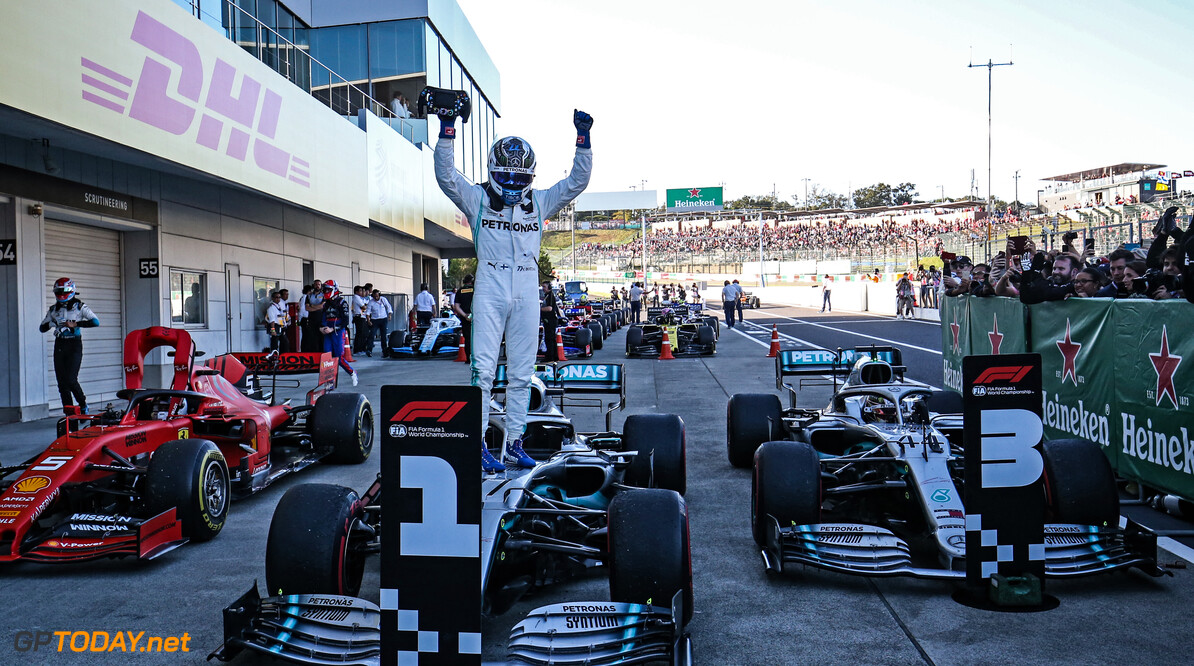 Mercedes team principal Toto Wolff has stated that the decision to bring Lewis Hamilton in for a second pit stop towards the end of the Japanese Grand Prix was a "50/50" call.

With 10 laps left to run, Hamilton found himself in the lead of the race, as he had made one less pit stop compared to his rivals.

The Briton was running on old mediums and switched onto a fresh set of soft tyres after Mercedes opted to make the extra stop, however the fresh rubber couldn't provide him with enough speed to get past Sebastian Vettel for second place.

With Valtteri Bottas comfortably leading for much of the race, Wolff says that Mercedes acted to protect Bottas' advantage while also providing Hamilton with opportunities to move forward.

"There were a lot of tricky calls this race, because obviously Valtteri [was] not blinking an eyelid when Seb stalled and getting into the lead, this was the decisive moment of the race," Wolff said.

"Losing third this was always a little bit between a rock and a hard place. Once you're in the lead, you need to protect your position.

"If you're in third, you can take more risks and more chances. What we did was we protected the lead with Valtteri and took the pace out of his race once Sebastian pitted for his second stop, it was always clear that it would go towards Valtteri.

"We are not playing teammates against each other with race strategy. But then you could say that ensured second place. I think pitting Lewis again at the end was a 50/50 call.

"We could have left him out and tried to ask the drivers to change positions and maybe protect against Sebastian."

With a one-three finish in Suzuka, Mercedes secured its sixth consecutive constructors' championship, becoming the first team in F1's history to achieve such a feat.

Wolff states that the root of Mercedes' success comes down to the individuals working at the team, hailing the Silver Arrows' ability to work as a pack.

"It would not do it justice to come up with a 30-second answer," Wolff said when asked how the team is able to maintain such a high level of success.

"But if I were to sum it up, it is the people. The group of people that are working on the project, giving it all, playing the best game in their respective position. The strength of the pack has made us win these championships."