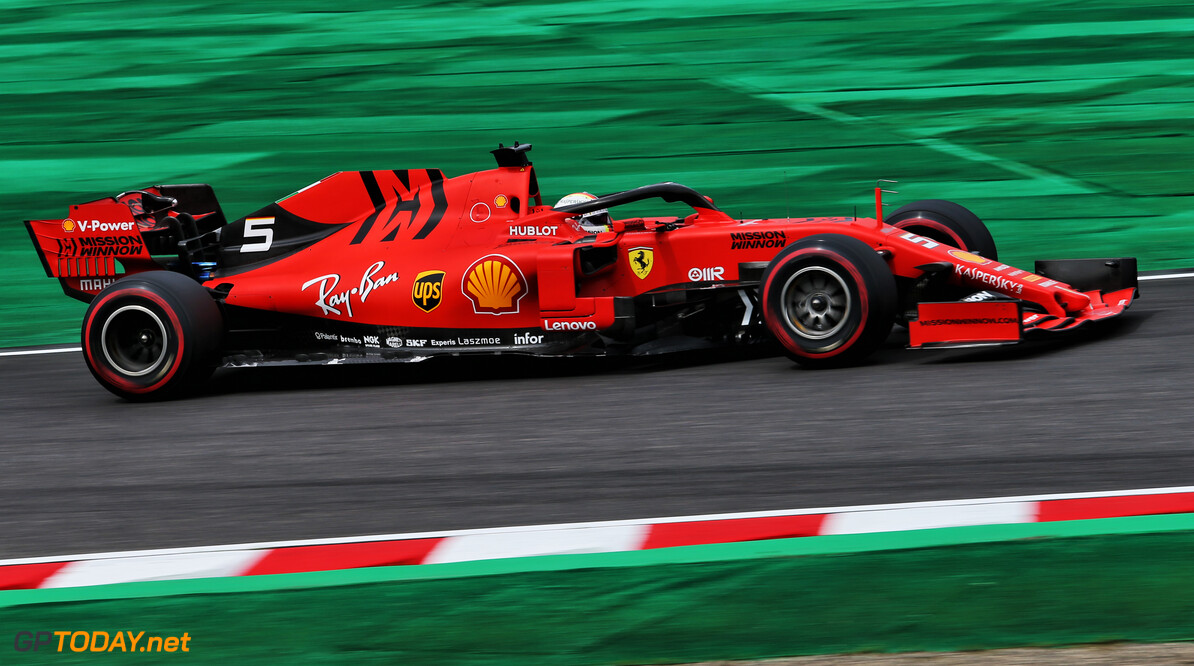 Sebastian Vettel is confident that Ferrari can make improvements ahead of Sunday's running at the Japanese Grand Prix.

MORE: Vettel: Good to have 'real reference' in Leclerc

Mercedes arrived at the Suzuka Circuit with an upgraded aero package after Ferrari has consistently challenged it at every race following the end of the summer break.

Despite Ferrari's apparent lack of pace compared to Mercedes in Suzuka on Friday, Vettel doesn't believe that it was a poor day for the Scuderia outfit, and is confident that time can be made up before the on-track action resumes on Sunday.

"Not too bad, maybe not as bad as you think," Vettel said when asked how his day was. "I think we were quite okay, but maybe just lacking overall pace.

"Mercedes was very comfortable straight from this morning so not a surprise that they were able to show that again in FP2. For us, we have room to improve, it wasn't an ideal session, using the tyres not the way we could have but we'll try find what we can do tomorrow.

Both Ferrari's emerged on the soft tyres late on in the second practice session to improve their lap times: "We tried, I got stuck a little bit in traffic and the track didn't do the step that we expected but, we tried."

Should qualifying fail to go ahead on Sunday morning after it was confirmed all of Saturday's sessions were cancelled, the grid will be formed by the classifications at the end of FP2.

"The circuit will be a big question mark on Sunday, the state that it will be in," Vettel said. "Tomorrow there should be some rain and the wind will also play a role on Sunday but I can't say now."