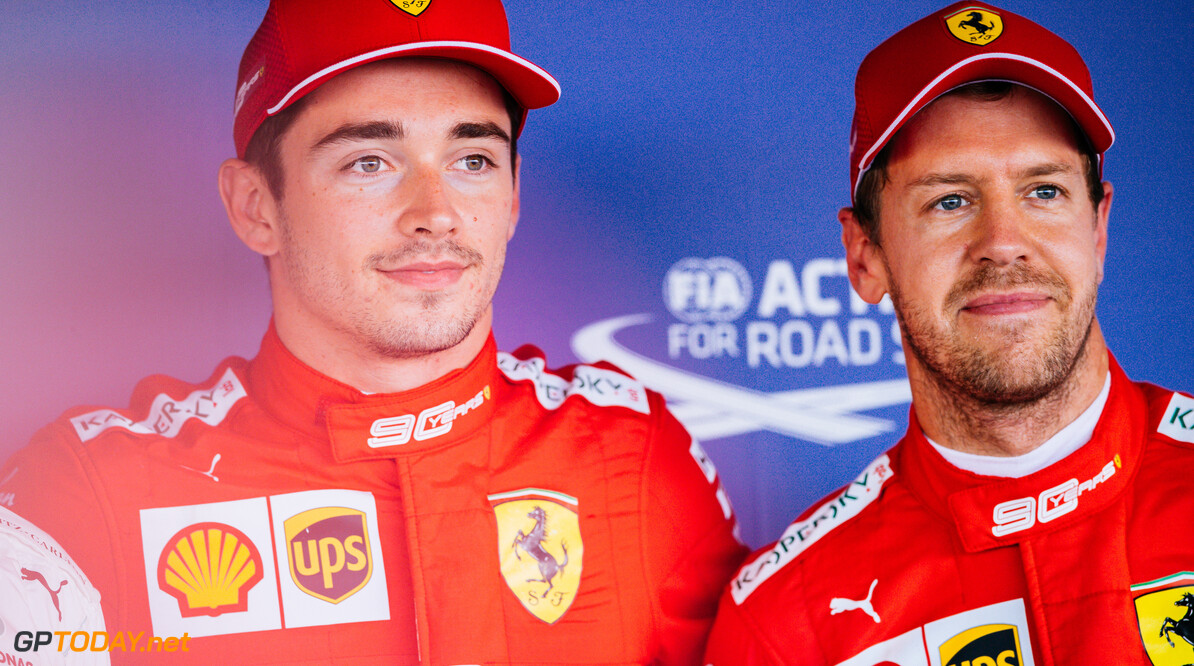 Hamilton's lap to jump onto the front row on Saturday was special, and on Sunday, the Mercedes man crossed the line in first to take his ninth win of the year - both luck and strategy was on his side in the race as he edges ever closer to a sixth world championship title.

Bottas has traditionally excelled at the Sochi Autodrom, but found himself off the pace compared to Hamilton all weekend. Although he managed to secure second place, the Finn was absolutely hoping for much more.

Leclerc once again proved his qualifying speed by taking his fourth consecutive pole position in F1. The Monegasque driver was adamant that he would be let past Sebastian Vettel after helping him take the lead, and he regained the position when Vettel pitted for laps after him. However, he missed out on the win as the racing gods favoured Mercedes on Sunday.

Taking a five-place grid penalty, Verstappen did what was expected of him and crossed the line in fourth place, capping off a smooth yet somewhat unexciting weekend for the Dutchman

A silly crash in qualifying surely knocked Albon's confidence as he aims to keep his seat at Red Bull in 2020. However, in the race, the 23-year-old climbed his way through the field to take fifth place, welcoming the safety cars and retirements that aided his path to matching his career-best result.

Perez failed to progress into Q3 which has proven to be a tough task this year for Racing Point. Nevertheless, he pushed through the field and made overtakes stick to come home in seventh place.

Norris was a little off the pace of Sainz this weekend, and in the race, slipped back a little, losing a place to Perez late on amid a battle with Albon. An eighth-place finish for the rookie is still positive as he sets his mind on Suzuka for the next championship round.

Haas enjoyed a return to form this weekend, with Magnussen taking the team's first points since Germany and only his fourth top-ten classification of the season. A penalty late on dropped him behind Norris, but a return to the points was a welcome sight for the Haas squad.

Hulkenberg has finished inside the points at the last four Grands Prix - a streak that no other driver outside the top three teams holds. With it looking increasingly likely that Hulkenberg could be out of an F1 seat next year, another points finish was a positive result after displaying some strong qualifying pace.

We didn't see anything spectacular from Stroll this weekend, but his weekend was far from a bad performance. The Canadian couldn't quite match the speed of his teammate Sergio Perez in qualifying or the race, but he was on the fringes of the points throughout.

Going into his home race weekend, Kvyat must have been hoping for a better experience than what he had this time around. Not only was the Russian told that he was not allowed to wear his specially designed, one-off helmet, but due to engine issues he did not take part in qualifying. He did however race hard with teammate Pierre Gasly during the race and came out the victor.

On the weekend where he became the third most experienced F1 driver of all time, the Iceman had a weekend to forget. Raikkonen failed to drag his Alfa Romeo out of the first part of qualifying, and then gave himself a drive-through penalty with a jump start.

Gasly seemed to have good pace in qualifying, but that pace disappeared when it came to Sunday. The Frenchman pulled a couple of ambitious moves on his teammate Daniil Kvyat, but they were unsuccessful and cost time. That being said however, it is good to see Gasly being more aggressive with overtaking than he was during his time at Red Bull.

Giovinazzi looked to be continuing his recent run of form by out-qualifying Kimi Raikkonen on Saturday. However, at the start of the race the Italian learned that three cars do not go into one, picking up damage in an incident with Grosjean and Ricciardo. He went on to finish last of the classified runners.

It can be argued that Kubica was not given a fair shot in the race to show what he could do as the team retired the car to 'save parts'. However, what cannot be ignored is the near-second gap that was between the Pole and his teammate George Russel in qualifying.

Russell had great pace in qualifying, with the Williams getting closer and closer to escaping from Q1. He was also able to keep Daniel Ricciardo (in a damaged car) behind during his first stint. The British rookie was unlucky to retire with a mechanical issue and will be hoping for a more reliable weekend next round in Suzuka.

Vettel, although off the pace of his teammate in qualifying, performed excellently during the race. Regardless of what Ferrari's plans were, the German got an excellent start to put himself into the lead by Turn 2. He was in control of the race until his pit stop and then was unlucky to retire.

I think it is fair to say it was not a good weekend for Ricciardo, with the Honey Badger coming into contact with Romain Grosjean and Antonio Giovinazzi at the start of the race, eventually having to retire due to the damage. He was also off the pace of his teammate Nico Hulkenberg during qualifying, having to use an extra set of tyres to get out of Q2.

It's hard not to feel sorry for Grosjean, after the Frenchman put in such a good qualifying performance just to be taken out at the start of the race. It is a shame as he was on for some good points, points that would be a nice confidence boost given his recent run of form.