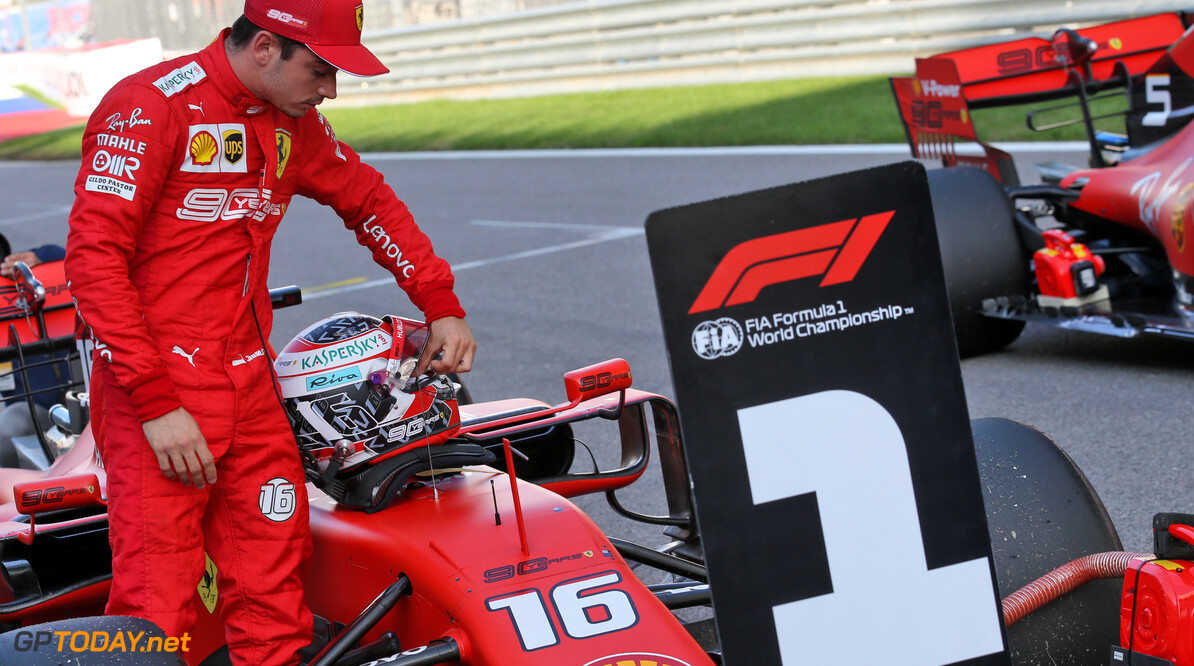 Charles Leclerc has urged his Ferrari team to ‘focus on the job ahead’ after securing pole position for the Russian Grand Prix, the first time a Ferrari driver has achieved four in a row since Michael Schumacher 18 years ago.

Ferrari’s recent resurgence has been validated by a run of three consecutive victories, two for Leclerc and a first of the season last time out in Singapore, but the Monegasque driver insists there’s no guarantee his team’s strong form will continue.

“It feels good [to achieve four consecutive poles], but it doesn’t change my approach to the other weekends. As Seb and Lewis said, everything time you go into a session, you take it normally without thinking about the others, the last poles I've had. It feels great but I don’t want to think about these things, I just want to focus on the job ahead,” said Leclerc.

“We need to keep our feet on the ground. At the moment we're in a good momentum and we’re having really good performances, but it doesn’t change that Mercedes are quite far ahead in the overall championship which matters the most.

“I think we need to keep our head down and keep working. At the moment it seems right now that it’s working our way but I won’t say that it will be like this for the rest of the season.”

With Lewis Hamilton joking that Ferrari must be using some kind of ‘jet fuel’ in Sochi, Leclerc says he’s not yet entering race weekends expecting to win and played down talk of Ferrari having a significant pace advantage.

“At one point it’s going to end so whether it’s now or later, I don’t know. I definitely don’t get in the car thinking it will be easy and that it will come together alone. I just keep working as I did in the last few races and hopefully then the lap time comes,” said Leclerc.

“It will be very important to stay in front as they’re also strong on race pace, as they’ve been since the beginning of the season. I think Singapore was a big surprise for everyone for us to be in front, and here I think we thought we had our chances considering how quick we were in Singapore.

“It feels good [to have beaten Mercedes again] but we need to finish the job tomorrow.”