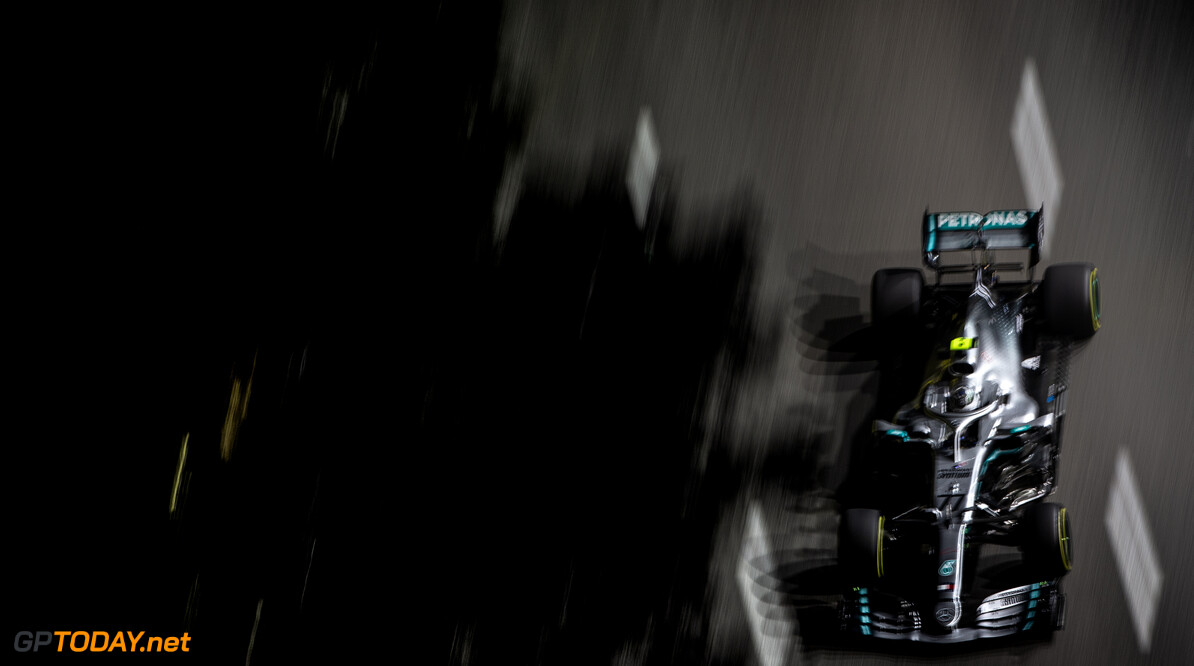 Mercedes explains call to back off Bottas

Mercedes has explained why it made the call to Valtteri Bottas to back off prior to Lewis Hamilton's pit stop during the Singapore Grand Prix.

Hamilton pitted later than the Ferrari drivers, and as he was undercut by the rest of the drivers in the top six.

Mercedes has stated that Alexander Albon would have been ahead of Hamilton had they not made the decision to back Bottas off and hold up the Red Bull driver.

"It's not a great call that we made there, but the undercut was, as I said before, more powerful than what everybody expected," Wolff said. "I don't think that Ferrari wanted to swap their drivers with letting Sebastian pit first.

"We risked Lewis' position by keeping him out in order to protect the win and this is why we held Valtteri back, to keep Albon behind.

"Lewis was going to come out behind Albon. So the team result would have been worse with Valtteri doing that. But we owe him that place."

Wolff added that Mercedes weekend was hurt in qualifying, where it was beaten to pole position by the Ferrari of Charles Leclerc.

"With the expectations that we set for ourselves, 4th and 5th is disappointing. We didn't optimise what we could have optimised and I think the main missed opportunity was qualifying.

"This is what was most decisive in Singapore, you could see the way they [Ferrari] were tuning the car from the get-go it was very powerful. Not at the end."