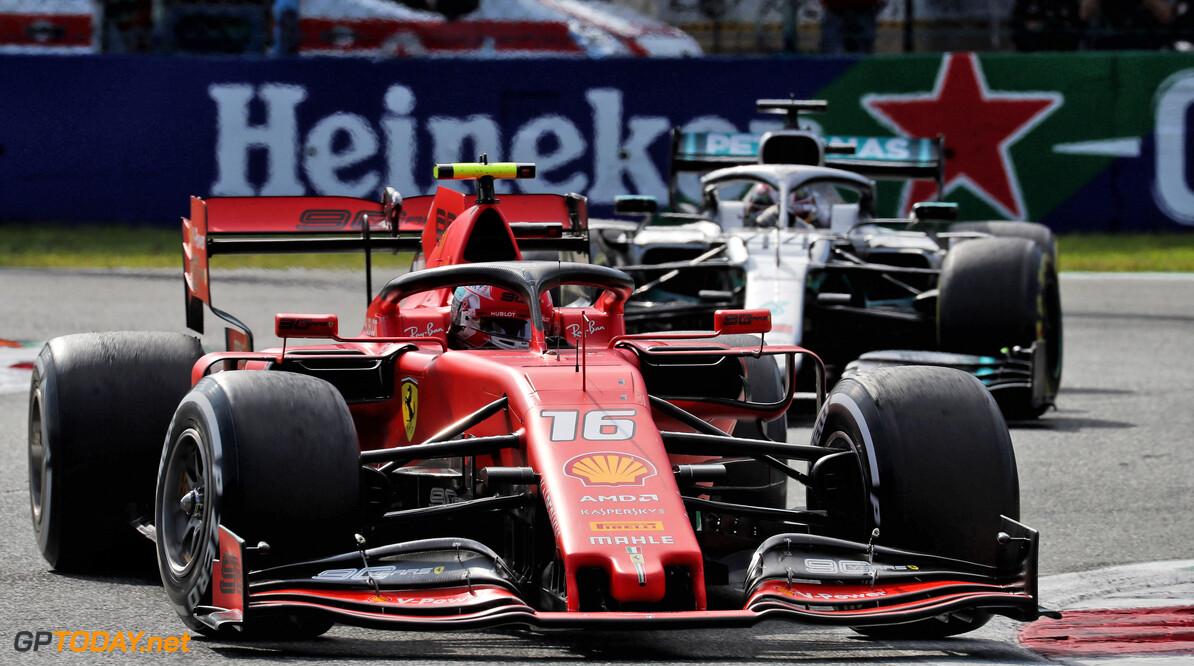 Binotto: Fitting Leclerc with hard tyres was a 'brave' decision

Ferrari team principal Mattia Binotto has hailed the team's "brave" decision to fit Charles Leclerc with the hard compound at his one and only pit stop during the Italian Grand Prix.

Lewis Hamilton, who was racing Leclerc for the lead for much of the race, had medium tyres secured onto his car when he made his one and only stop on lap 19.

The second Mercedes of Valtteri Bottas also opted for the mediums when he pitted seven laps after Leclerc, with the Monegasque driver peeling into the pits one lap after Hamilton.

MORE: Vettel close to one-race ban | New generation of drivers get away with more - Hamilton

Binotto states that Ferrari knew the first lap out of the pits on a harder compound compared to Hamilton would be tricky, but believes that staying ahead on the out lap was a key factor in securing the race win.

"We were looking at the soft, the degradation was somehow not critical, but it was there," Binotto said. "We knew that by putting the hards on, we would have better pace by the end of the race.

"And that's where we saw it was important to protect ourselves. Beating the others on the mediums, we knew that after the stop, the first lap would be difficult.

"That's where I think it was a key point for the race, for the victory. I think this choice was brave, but the right one."

Hamilton attacked Leclerc several times before the Briton made a mistake at Turn 1, conceding second place to Bottas.

Leclerc says that stronger exits and different engine modes out of the final corner, named Paribolica, allowed him to stay ahead of the Mercedes driver.

"I think we were quite strong at Parabolica, and Lewis was struggling a little bit at Parabolica because he was behind me," Leclerc said.