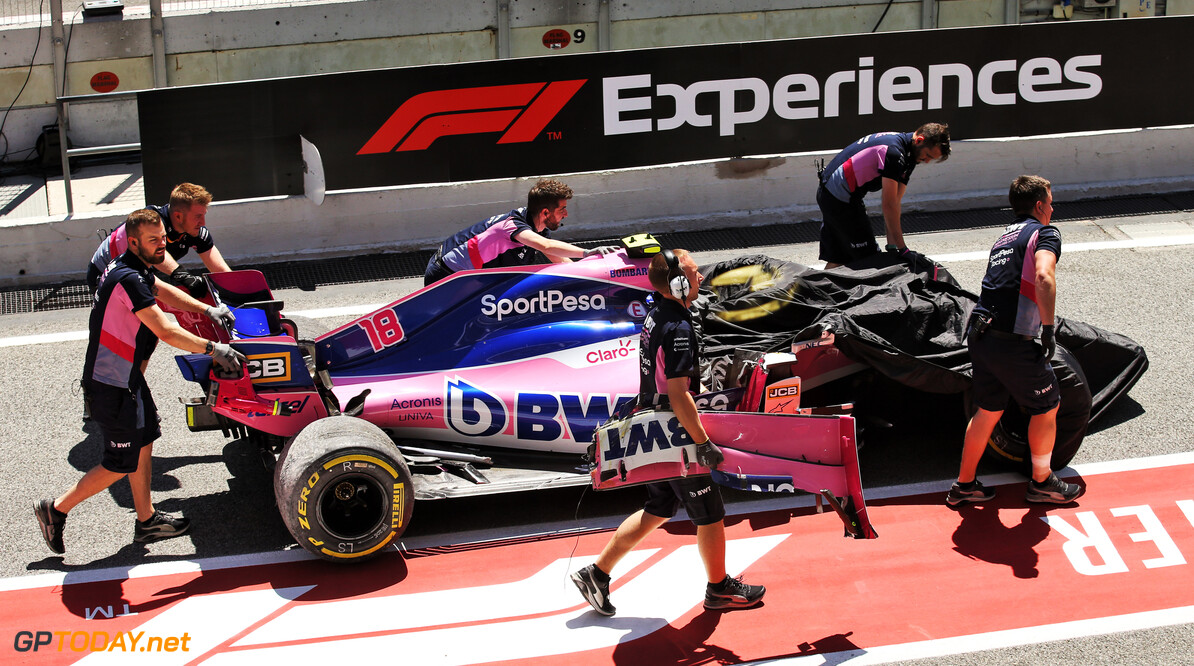 Lance Stroll has described his crash at the end of the first free practice session as a "slight hiccup".

The Canadian found the grass on the way into Turn 9, which unsettled the car and sent him through the gravel and into the barriers.

Stroll admits that other than the crash, the day was a positive one for him. The Racing Point driver says that he's happy with the car, despite not getting into the top ten with the other midfield teams.

"To be honest, aside from that [the crash], I'm pretty pleased with how the car has been," he said. "I think we made some progress, and it's definitely feeling better than the previous few rounds, so that's a good sign.

"We have to build on that going into tomorrow and a big thanks to the guys for getting the car back on track for FP2. I know it wasn't an easy job.

Stroll added that he hasn't lost any new parts that the team were testing this weekend: "We're okay, just a slight hiccup.

As for the midfield fight, the 20-year-old said that it appears to be "very tight", and "exiting" this weekend, where all teams have brought their biggest upgrades of the year.

Racing Point's Andrew Green admitted that the team doesn't have a whole host of spares to run with from weekend to weekend.

“The parts we’ve got are all out of date because we’re updating the car so quickly now,” he said. “It’s for different reasons we don’t have all the spares we want.”