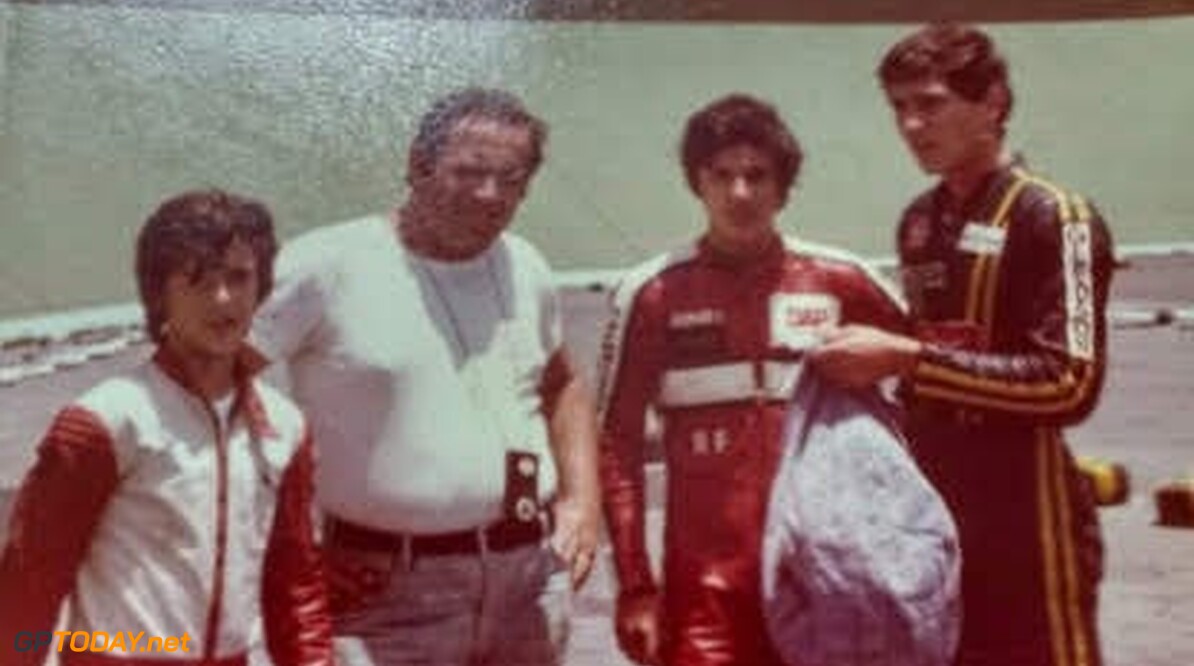 Many stories have been told in the past about Ayrton and his kart-period. After the film "Senna" was screened in cinemas in 2010, everyone focused on the 'mythical' Terry Fullerton. Fullerton was described by Senna in 1993 as the most complete driver he had ever raced against.

After the Australian Grand Prix of 1993, which was Ayrton's last victory, nobody bothered to investigate who Fullerton was. The footage of that press conference was kept in the archives for years. When the film was released in 2010, every motorsport platform suddenly had to know everything about Fullerton.

Yet there are even more stories to tell about Ayrton and his kart period. Today, GPToday.net starts a series with the story: 'The hard journey in Buenos Aires'.

One day in 1979, Senna flew to the Karting Velódrome Municipal in Buenos Aires. It was a day in December 1979, where a competition took place for the International Argentinian karting championship. Senna was allowed to drive the race as a guest driver of the Argentine Kart Federation.

The president of this federation, 'Coco' Der Ohansessian, was the father of Gustavo Der Ohanessian. Gustavo had joined the best Argentine team that was active in karting at that time. Senna, a pretty well-known name in Argentina in 1979, climbed into the kart with the number 58 to train and race at the difficult circuits of Buenos Aires.

Senna immediately threw all his cards on the table with his speed which became a reference for the young drivers present. At the time, Gustavo Der Ohanessian and Claudia Becerra were the Argentine’s hope. Argentina at that time had Carlos Reutemann, a multiple Grand Prix winner. In those years, karting and motorsport became very popular in the South American country.

After Ayrton's training, it was decided that he was not allowed to participate. The guest driver was excluded from a race for the International Argentine Kart Championship. According to the officials, Ayrton was not in possession of an Argentinian license. Ayrton came to Buenos Aires for nothing. Despite that, the story has another side.

It was the first trip Ayrton had made to Buenos Aires alone. The strange thing about the story is the fact that nobody knew he would arrive. Only when the president of the Argentine Kart Federation (Der Ohanessian) asked Roberto Brea (owner of the kart team his son was driving for) to look for Ayrton from Sâo Paulo did they understand that something was going on. Brea was sent to Ezeiza (Buenos Aires airport) to find Ayrton. G

Gustavo Der Ohanessian (son of the president of the kart federation) later said that he would accompany Brea during the search. Brea was too late, the young Der Ohanessian picked up the Peugeot 504 from his team owner and got into the car without a driver's license.

Der Ohanessian had to and would find Ayrton. When they found out that the Peugeot 504 had been stolen from Brea, they called the police. The police tracked down the Peugeot 504 and blocked the road. Del Ohanessian drove into a side street and accidentally hit a stationary car. After that he was taken away by the police.

Ayrton was still waiting at the international airport of Ezeiza. Nobody came to get him. The Brazilian decided to take a taxi to the circuit, but the language barrier broke down to be a problem. Ayrton only spoke Portuguese and therefore the Argentines knew he was a Brazilian.

A furiously cursing Senna managed to get one taxi driver to drive to the kart circuit. He finally arrived there. Ayrton had an excellent relationship with the Argentine drivers. During 1980 Senna returned several times to Argentina with his friends: Gustavo Del Ohanessian and Henry Martin. Both drivers witnessed Ayrton making his debut in Formula 1 at his home race in 1984.