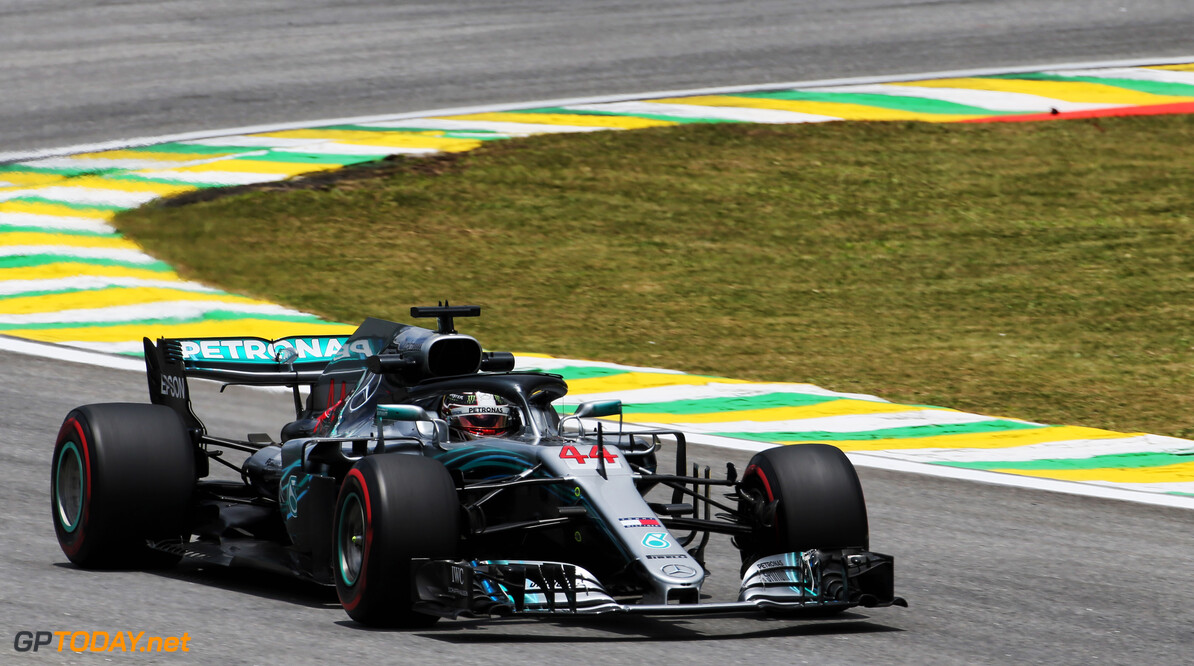 Lewis Hamilton has said that his Mercedes W09 "feels better than in Mexico", a race in which he won the drivers’ championship but was far off the pace of either Red Bull or Ferrari. The Brit labelled the race as "horrible", but after running well in practice on Friday he is hopeful of challenging for the win in Brazil.

Now that the drivers’ championship is over, Hamilton has shifted his focus over to securing the constructors’ title for the team, something that they will achieve if Ferrari fails to outscore them by thirteen points at the Autodromo Jose Carlos Pace.

In practice two, the two Mercedes teammates were separated by just 0.03s with Valtteri Bottas setting the fastest time, but Sebastian Vettel was just 0.07 off the pace showing that qualifying could be wide open come Saturday.

Hamilton said: “The car felt better than it did... in Mexico. We still have problems that we are trying to work through and understand. But the pace doesn’t seem too bad so just have to keep working at it.”

Bottas added: “The car seemed much better in the afternoon. I have to say, the morning was quite difficult. It was easy to make mistakes, I had so many lock-ups and many aborted laps. So then it was difficult to build a good rhythm. But second practice, we really improved the car and I think we found a rhythm. Pace seems to be good. But as always here, it’s a short track so the margins are small.”