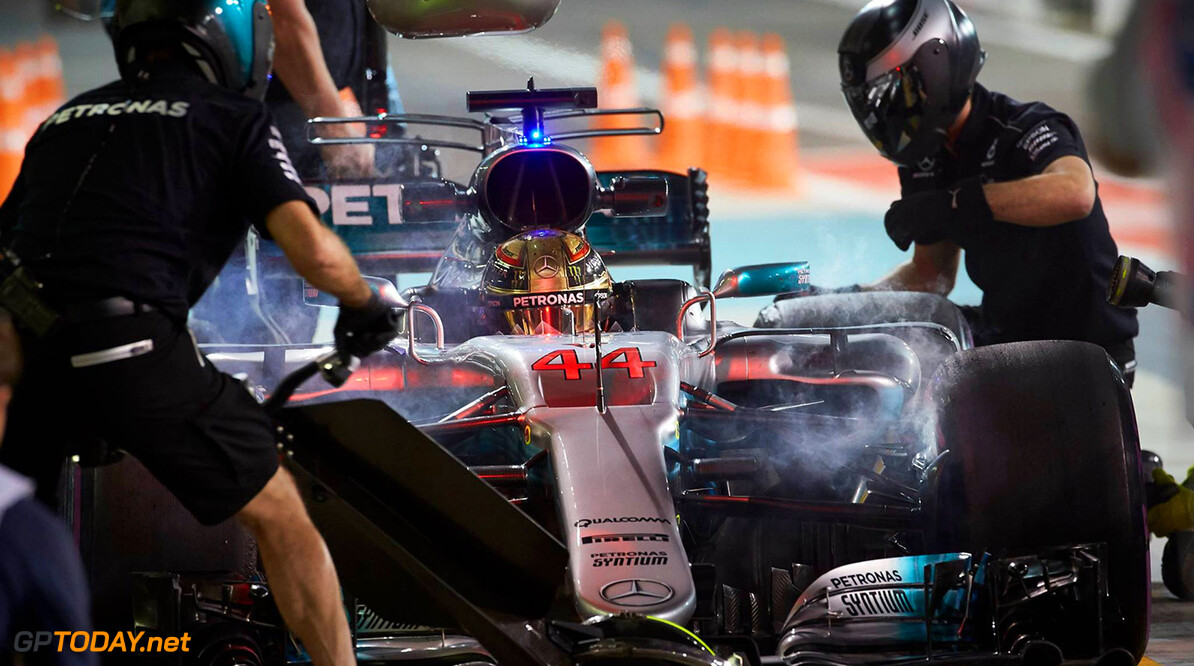 Lewis Hamilton took his thirteenth podium of the year in Abu Dhabi, after crossing the line in second place. The Briton was on the tail of his Mercedes teammate for much of the race, but couldn't find a way past due to the difficulty of following the car ahead.

Hamilton qualified in second place for the race and managed to stay ahead of Sebastian Vettel after the first number of corners. Since taking his fourth world championship in Brazil, Hamilton has failed to take a Grand Prix victory.

"I did [give it everything]," said Hamilton. "Big congratulations to Valtteri, he did an amazing job today to hold me off.  It's very hard to overtake here so once I got to the last sector I struggled a little bit. I want to say a big thank you to the team, what they have produced for us this year is just incredible, it's just an honour to race with them."

Hamilton was also heard in the cool down room saying that changes need to be made to the track to allow for more overtaking.