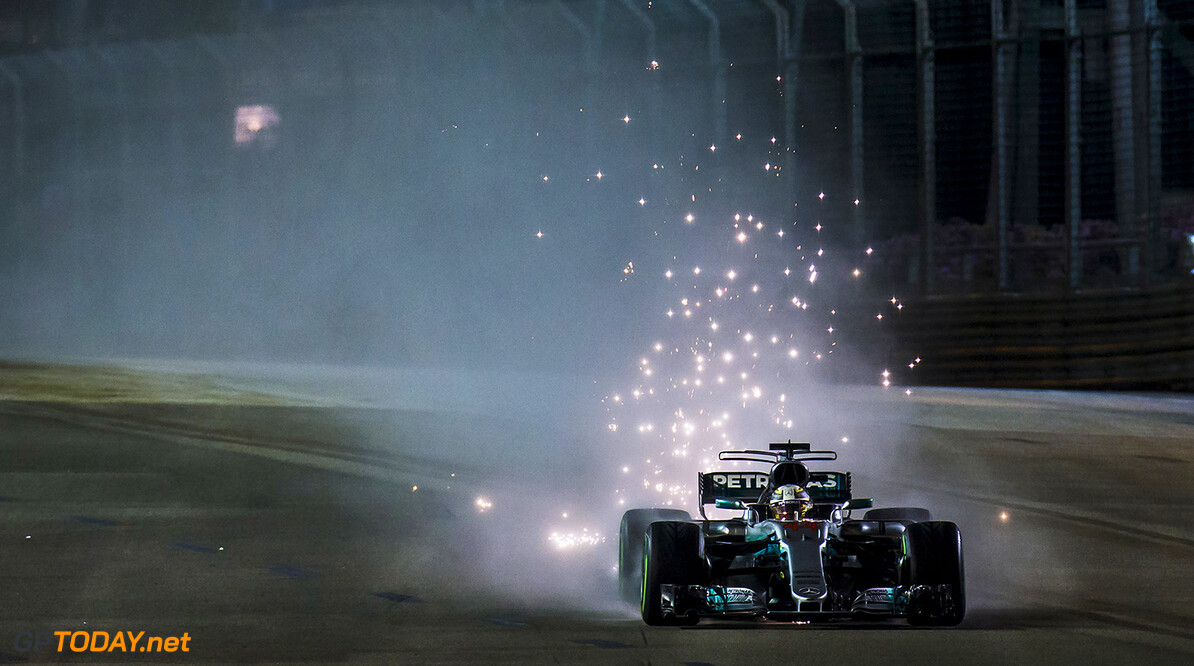 After extending his lead in the driver's championship on Sunday, Lewis Hamilton says that he will not change his approach to race weekends. The Brit was looking to limit the damage after a poor qualifying in Singapore, while title rival Sebastian Vettel was set to retake the lead in the standings.

However, a spectacular first lap crash involving Vettel saw Hamilton emerge in the lead of the race. The Brit dominated at the front and went on to take the chequered flag and extend the gap at the front to 28 points, the highest margin it has been all year.

However, the three-time world champion won't change anything: "I definitely won't change anything, because it's working. Whatever it is with the approach that I have, there's no reason to change it. It's a perfect balance of being aggressive and cautious at the same time. The formula works at the moment, so I'll just continue with it."

Hamilton admits he was delighted to win at one of the weaker circuits for Mercedes, claiming that the team's mentality has been to win every race following the summer break: "Going into the break, Ferrari was incredibly strong in Hungary," he said.

"We had a great British Grand Prix and then I didn't really know what to expect coming back. You come into these races and you don't. Obviously we came [to Singapore], we anticipated that Red Bull would be particularly quick, we thought Ferrari would be quick.

"We were hopeful that we might still be within the battle and obviously in the dry conditions we were nowhere. So to come to probably our weakest circuit, perhaps second or first to Monaco, and to win, is obviously a great result. The goal has been – since the break – to come and win every race, that's always the goal. I'm very, very happy with the tally and I want to continue it, I want to keep it up."