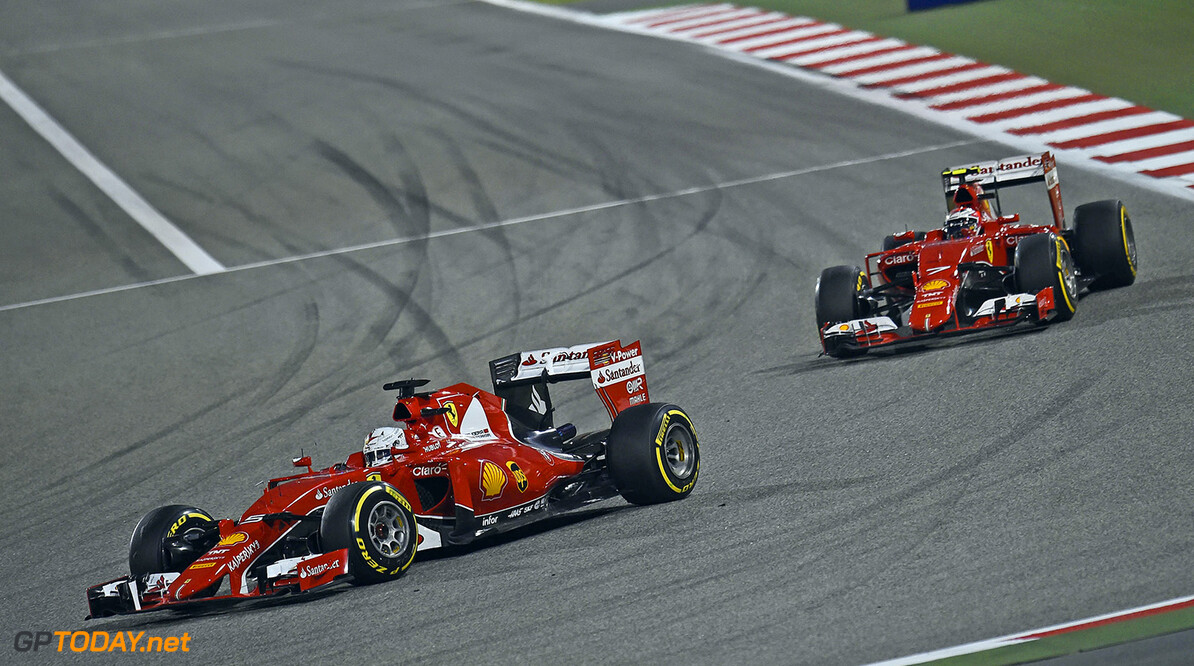 The calmness brought by Ferrari's new driver lineup was a "relief" to the team, Kimi Raikkonen says. Last year, turmoil at the fabled Maranello marque was arguably worsened by tension in the pits, where Finn Raikkonen and the now-departed Fernando Alonso barely exchanged a word.

But this year, in a lineup that will remain in place for 2016, Raikkonen was paired with Sebastian Vettel, who is not only a quadruple world champion but also a rare friend of Raikkonen's within the F1 paddock. "It is of course nicer for the drivers that they are on speaking terms, are able to work together and talk about things," Raikkonen told the Finnish broadcaster MTV this week on a media visit to Helsinki.

"For the team, it is a pretty big relief and also an advantage that there is no secrecy or politics," the 2007 world champion added. As for working with Vettel, Raikkonen continued: "We both like pretty much the same sort of car -- our setups are always pretty close. That makes it easier for the team to work and also to develop the car."

Ferrari, however, openly considered ending the pairing for 2016, with Valtteri Bottas said to have been the obvious candidate to replace the older Finn. But Bernie Ecclestone thinks Ferrari was right to re-sign the 36-year-old, telling La Gazzetta dello Sport: "Are you sure there is someone who could have done a better job for Ferrari than Kimi Raikkonen? I'm not sure."

Raikkonen also dismisses the notion that he is now struggling to be fully competitive in F1. "Next year will be another chance to start from zero," he said, admitting that his 2015 campaign overall was only "average". "However, the pace was ok compared to last year. If you do not have the momentum, that is a much more worrying situation, even if of course there is always a lot of room for improvement." (GMM)