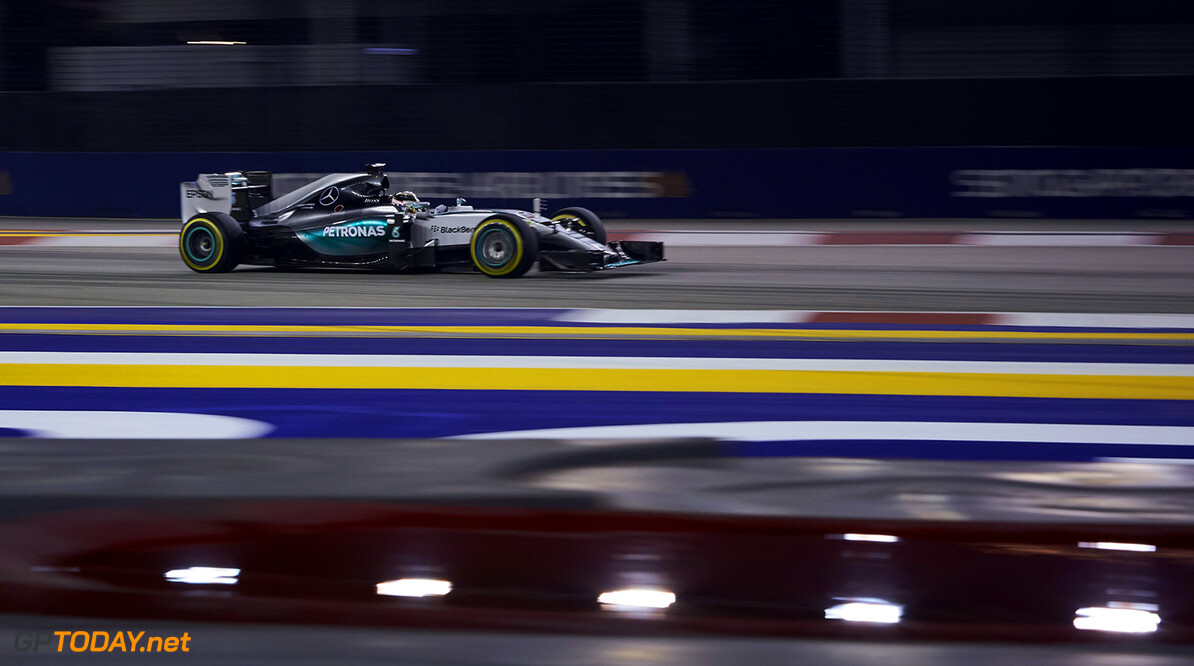 After Mercedes' mysterious performance slump of Singapore, boss Toto Wolff is no longer ruling out team orders. Earlier, Wolff said he would continue to allow the silver-clad drivers to duel freely at the front, while Nico Rosberg insisted he is not worried Lewis Hamilton's championship lead would lead to a team pecking order.

But in Singapore, Mercedes suddenly slumped, inexplicably falling behind not only Ferrari but also Red Bull. Team figures have said they do not even know why it happened, or whether it will be resolved for this weekend's Japanese grand prix. And so, suddenly, Wolff is no longer ruling out team orders in order to protect the growing threat posed particularly by Ferrari's Sebastian Vettel.

After Singapore, Vettel is now just 8 points behind Rosberg, and 49 behind championship leader Hamilton with six races to go. "If the gap is much smaller at the end, we would think about it," Wolff told the German newspaper Bild, when asked if the issue of team orders is now back on the table.

On the other hand, the German said Mercedes needs to "remain calm" after Singapore and trust in the performance of the car, which until now has been utterly dominant. "The car is the same. We have not lost any performance," Wolff said. (GMM)