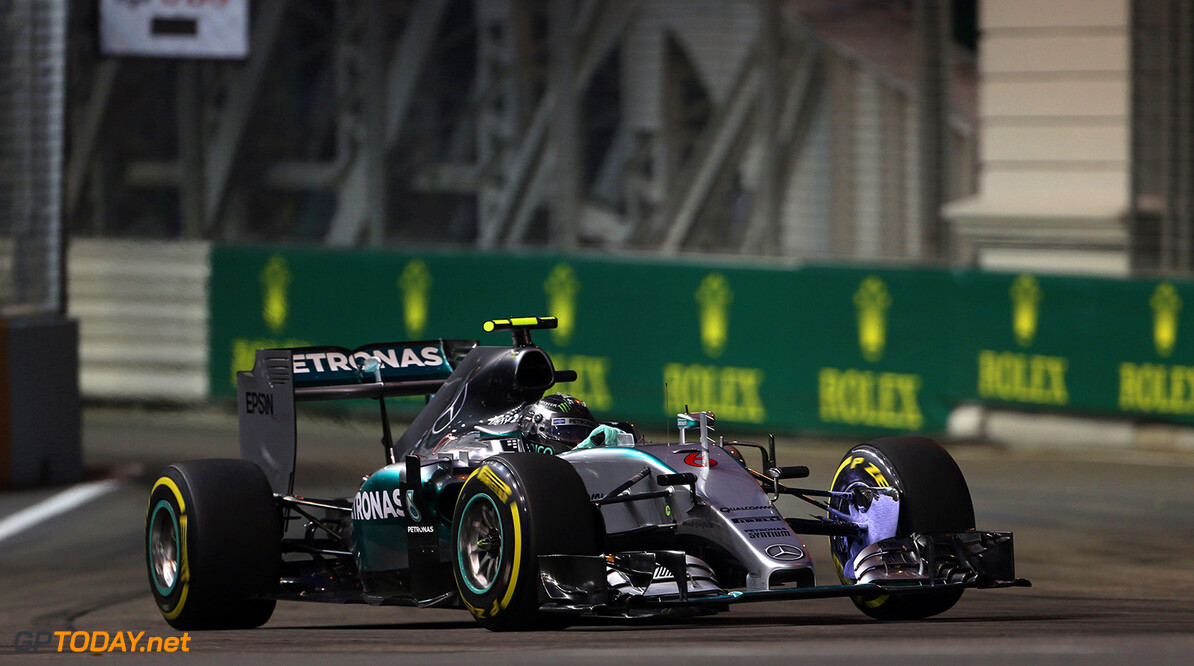 Suzuka could be 'business as usual' for Mercedes

All eyes are on Mercedes as the team otherwise dominant in the 'power unit' era suffered a mysterious loss of form in Singapore. One might be forgiven for thinking Fernando Alonso would recoil at his old team Ferrari's third win of the season on Sunday.

But the McLaren-Honda driver told Italy's Rai: "It's nice to see people other than Mercedes on the podium. We will have to take a picture and put it on the wall as they have dominated for two years. I'm happy for my friends at Ferrari," Alonso insisted, "and I hope it continues."

Much more than happy, meanwhile, is Ferrari's team boss Maurizio Arrivabene, who according to some promised before the start of the season to walk barefoot up the hills near Maranello if a red car wins three times in 2015. "Actually I said four wins," he grinned, "which is why I want us now to have five wins!"

Ferrari took an undoubted step forward recently with the introduction of another engine specification, but also clearly faster in Singapore was Red Bull. "It is difficult to understand what happened with Mercedes here," said Red Bull's Christian Horner. "I think if it's the same in Japan next weekend, then Ferrari even has a chance at the world championship. But we could get to Suzuka and it's business as usual," he added.

Mercedes will certainly be hoping so. "I don't think we could have lost so much in our car in such a short space of time between the last race (at Monza) and here," boss Toto Wolff said before leaving Singapore.

But he also admitted that the problem in Singapore remains a mystery for now. "We cannot write it off as a one-off," said Wolff. "We need to analyse the situation and find the cause. I would like to go to Suzuka without this headache, then we would only have to worry about a possible typhoon," he half-smiled.

Wolff said early analysis shows that Pirelli's new tyre pressure rules played "no role" in what happened at Suzuka, and eased his pessimism with comfort in Mercedes' record of utter domination to date. "The car has not lost its aerodynamic qualities overnight," he said. "The engine is not suddenly no longer a good engine."

Even Ferrari's Arrivabene knows that, as he was asked if Singapore signalled the potential start of a 'new era' for F1. "Honestly, I don't care about a new era," said the Italian. "I care about winning." (GMM)