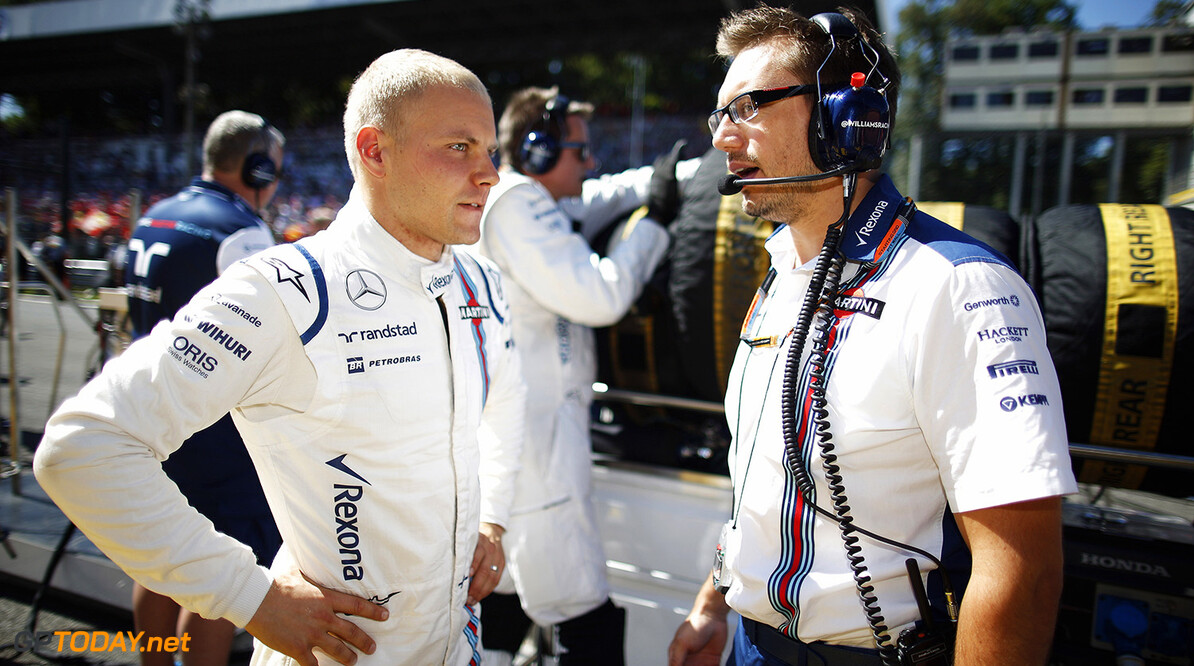 His performance may have been hurt, but Valtteri Bottas insists his relationship with Williams is undamaged in the wake of intense rumours. While the 26-year-old Finn was linked for weeks and months with a move to Ferrari, Williams chief Pat Symonds said he thinks Bottas' pace alongside the notably on-form Felipe Massa was affected.

"To be successful here (in F1) you have to pay so much attention to details and you need incredible focus," Symonds told F1's official website, following confirmation that Bottas is in fact staying put at the Grove team next year. "And if a driver is thinking about 'Am I going to drive for Ferrari? Am I not going to drive for Ferrari?' -- or 'does Williams want me anymore?' then they definitely can't be at their best," he added. "If you ask Valtteri I'm sure he wouldn't agree with me," said Symonds.

Indeed, while Bottas admits that the Ferrari speculation was distracting, he insists that the new deal for 2016 is now an end to the entire saga. "Our relationship wasn't damaged at all, but that can happen if people think you are looking to leave a team," he said after the Italian grand prix. "No damage has been done and I'm very happy to stay with the team, and they are very happy to keep me as well," Bottas added. (GMM)