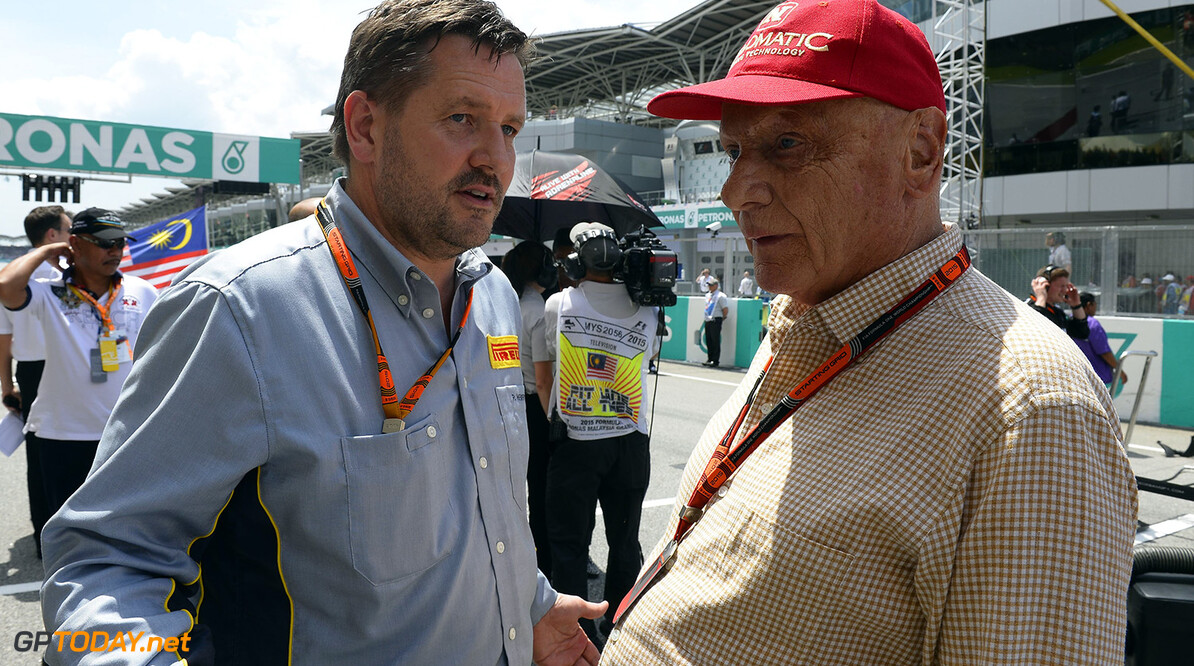 F1 'has to show it can work with partners' - Hembery

Paul Hembery has warned that F1 needs to make some changes if it is going to keep tyre suppliers on side into the future. Pirelli has been the sport's official partner since 2011, but it is currently locked in a battle with Michelin for the contract beyond 2016.

It has been a tumultuous and often highly controversial five-year tenure for Pirelli so far, with the latest dramas being the blowouts of Spa-Francorchamps and the Monza tyre pressure saga. Bernie Ecclestone sounds keen to keep Pirelli on board, but boss Hembery said at Monza that more testing is a condition of the brand staying in 2017.

And meetings were held at Monza whereby it was agreed that drivers need to keep their criticisms of Pirelli behind closed doors. "We have an agreement (now) that there should be a clearer exchange between us all so that we're aiming for the same things going forward," said Hembery.

And speaking to the German news agency SID, he added: "Most of the time I enjoy my job, but it can sometimes be pretty thankless. Formula one is a good sport but that doesn't mean there aren't things that should change. I think expectations need to be much more realistic, based on what we can and we cannot do," said Hembery.

Crucially, however, Hembery said Pirelli continues to have the solid backing of Ecclestone, which he says is "important, especially for the sport. "If we are not there, they still need a tyre supplier. And if other people look at what sometimes happens in here, they might get the impression that it is not possible to do the job as you would like to. Formula one has to show that it can work with its partners," Hembery added. (GMM)