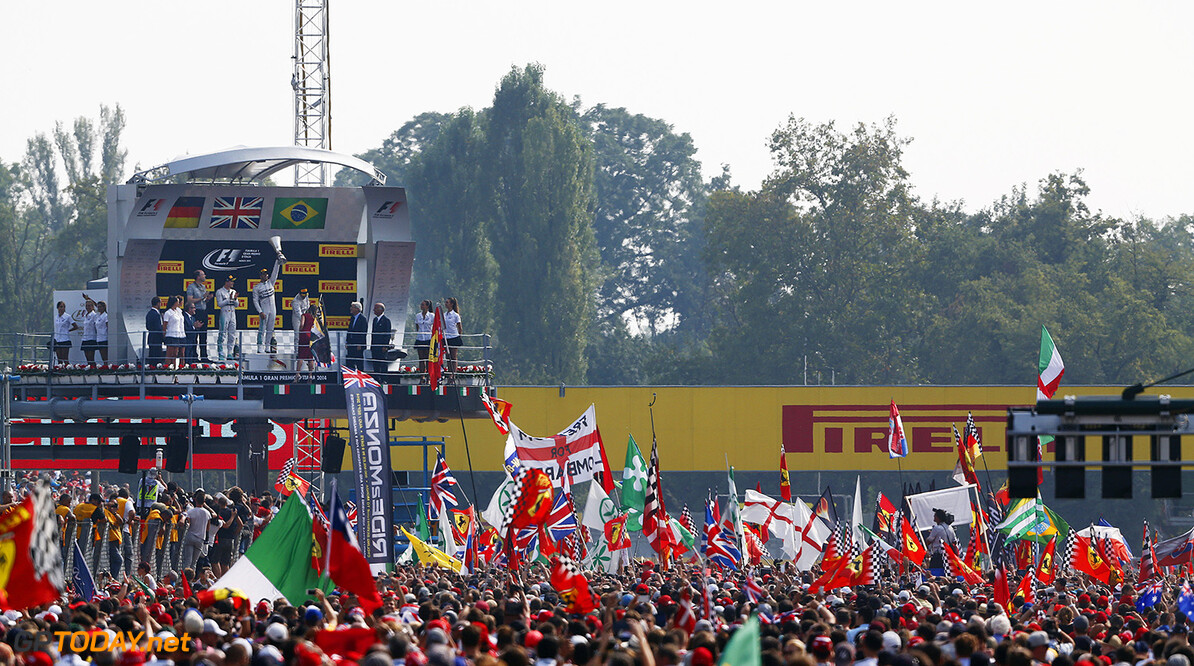 The big guns are now firing over the question of historic Monza's future on the F1 calendar. With a contract beyond 2016 still not agreed between organisers of the fabled race at the Autodromo Nazionale and Bernie Ecclestone, Italian prime minister Matteo Renzi weighed into the story on Wednesday.

"Formula one thrives not only on money, but also symbols," Renzi, who is expected to attend Sunday's race, told Italian radio RTL 102.5. "We will tell Bernie Ecclestone clearly, 'Hands off the grand prix at Monza!'" he insisted.

For now, however, F1 supremo Ecclestone is holding firm that the days of subsidised fees for one of the iconic venues on the calendar are over. "For 2016, the grand prix is secured in Monza, but not for the future," the Briton told Corriere della Sera newspaper.

He dismissed the news that thousands have signed petitions, insisting that "collecting signatures is easy". "They have to sign the contract," said Ecclestone. "I am happy to do it if the people at Monza want to as well. For years, those at the Autodromo have done as they wanted. This model no longer works. The world has changed." (GMM)