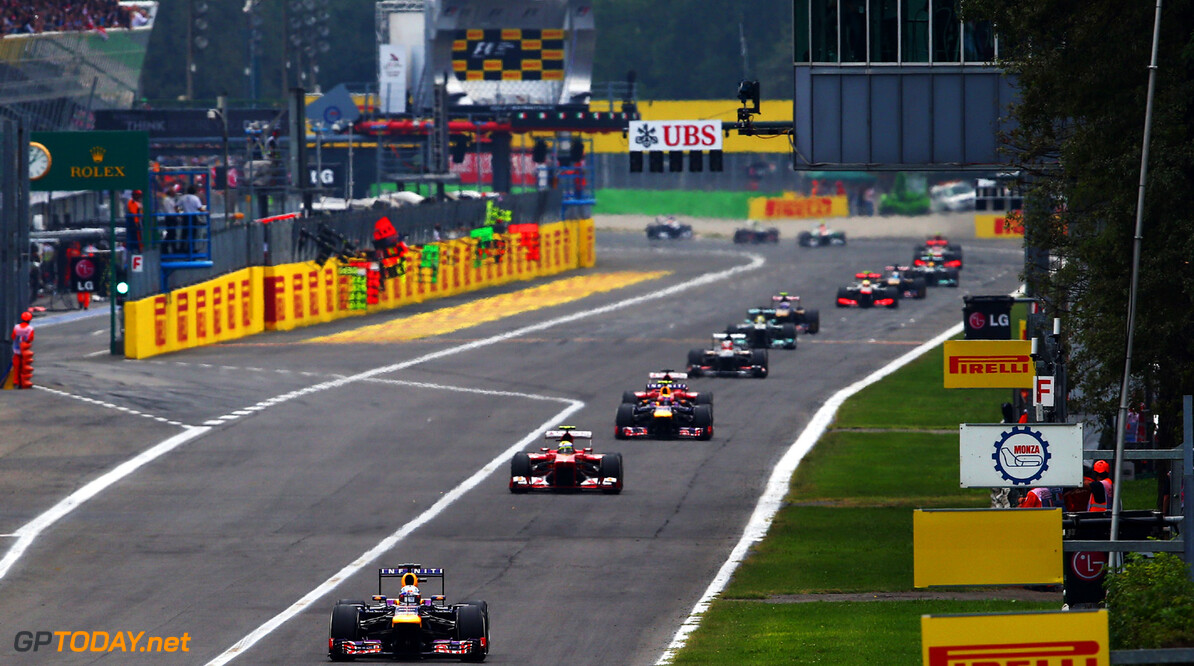 Monza top speeds to be less spectacular than expected

Top speeds at Monza this weekend may not be quite as spectacular as earlier expected. That is the claim of the specialist German publication Auto Motor und Sport, despite predictions the new turbo V6-powered machines could soar beyond the old 370+kph top-speed record of the 2005 Italian grand prix.

Then, it was Kimi Raikkonen's almost 1000 horse power McLaren-Mercedes V10 that screamed down the straights of the Autodromo Nazionale. But in 2014, as the turbo V6s combine with reduced aerodynamics and therefore drag, top speeds have once again been turning heads in the grandstands very rapidly.

At Barcelona, Felipe Massa's Williams-Mercedes topped 342kph, compared to the fastest V8 in the 2013 Spanish grand prix, Fernando Alonso's Ferrari, that managed less than 320. In Canada, this year's fastest car was just a tad under 350kph, and similar speeds were seen at Spa-Francorchamps recently.

But Monza is a very special layout -- the last truly ultra-low downforce circuit on the calendar. Last year, the top speed was Esteban Gutierrez's 341kph in the Ferrari-powered Sauber. So with the field of 2014 often proving 20-30kph faster than last year's V8s, speeds of up to 370kph and perhaps even beyond at this weekend's Italian grand prix were predicted.

Not likely, according to the German analysis by correspondent Michael Schmidt. He said pre-Monza team simulations have shown an actual likely top speed this weekend of about 350-355 -- or perhaps 360 in a slipstream.

Force India technical boss Andy Green explains: "The regulations have taken about 10 per cent downforce from us and reduced drag by the same amount. But this refers to the circuits where we run with maximum downforce. If we now go to Monza then we are comparing ourselves with cars that in the past were running with minimal downforce anyway. So the difference will be not so great," he said. (GMM)
F1 News Fernando Alonso Felipe Massa Esteban Gutierrez Mercedes Williams Force India McLaren Ferrari Sauber
<< Previous article Next article >>
.