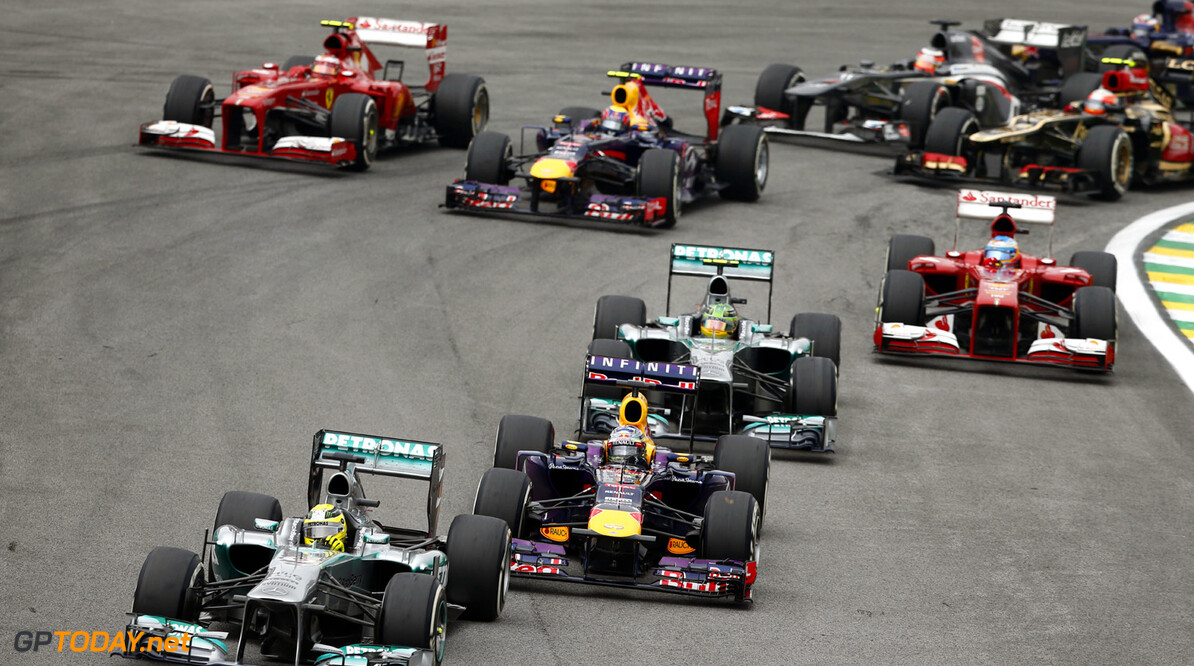 Ferrari's test driver has admitted Red Bull will enter the 2014 season with a technical advantage, despite the radical new regulations. With the famous aerodynamicist Adrian Newey's Red Bulls having utterly dominated the last several seasons, the Italian marque Ferrari welcomed with delight the move to turbo V6 engines next year, after years of V8 power.

"We are not building aeroplanes or satellites, we're building cars," president Luca di Montezemolo told CNN last month. "Engine, gearbox, suspensions: these are also crucial, particularly for us." Team test driver Marc Gene, however, argues that although the new rules are a big opportunity for Ferrari, Red Bull remains in pole position due to its dominant position for the past few years.

"There will always be continuity," Gene told the Spanish sports newspaper AS. "The cars will still be F1 cars, and many parts of the car will be the same. The engine, gearbox, KERS, turbo ... the rear (of the car) is all brand new. The aerodynamics will be different," he added, "but there will be follow-on parts (from 2013) too. The team that wins the championship the year before always starts with an advantage, but maybe with less benefit (for 2014) than if there had been the same rules," said Gene.

Another element to consider for 2014 is that, with the radical transition from the 2013 to 2014 rules, teams that started work on next year's project the earliest will also have a bigger advantage than usual. In this regard, it is believed that Mercedes - rumoured to already have the best 2014 engine - has been working on its new car for longer than most.

"I don't think so," said Gene, "as they have been fighting for the constructors' championship with us right until the end. Red Bull has also been developing its car until very recently," he added. "I don't know if anyone will have a big advantage because of this." (GMM)
F1 News Ferrari Mercedes
<< Previous article Next article >>
.