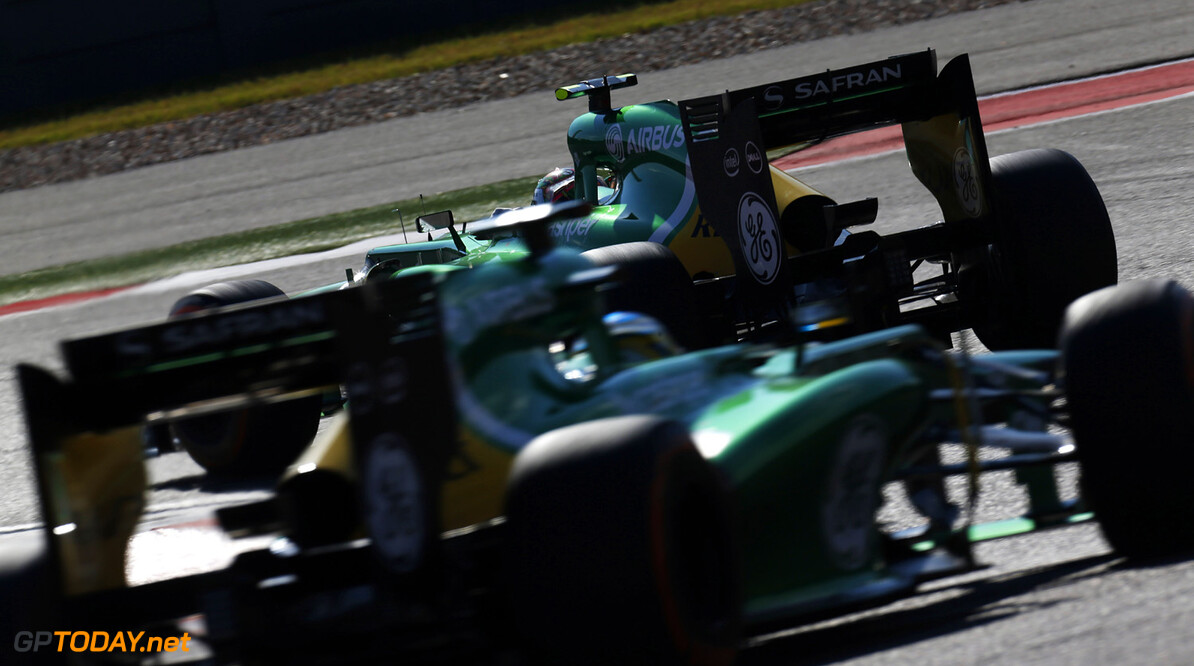 Charles Pic: "We've reached the end of the season, a year which I've enjoyed and believe I've learnt a lot from, both on and off track. There have been a number of really good moments, Bahrain for example when we brought the new parts and the car was suddenly a big step forwards, that felt really good and was a fair reward for the work everyone had put in. And, every time I've been to the factory, it's been an honour to see how dedicated everyone is to pushing the team forwards. We did a cool event with all the staff after quali in Silverstone and it was great to see so many people at the factory on a Saturday, and to see what it meant to their families to be part of a team that keeps growing in the right direction."

"Sure there have been some tough moments too, but what I've liked all year has been the spirit right across the whole team. We started in Australia with a car that we knew would be a challenge to compete with teams ahead, but by Bahrain and then Spain, because of the efforts put in by everyone at the factory and on track, we'd overtaken our nearest rivals in pace terms, a position we've held at most of the circuits since then."

"So now we're in Brazil and it's the last race of the year. In 2012 I had my highest ever finish in F1 in Brazil, 12th and that was partly down to having a crazy race all around us and that's what we're hoping for again 2013, even though this year it's a fight with the team I was with in 2012! We know we have the pace to be in the right place when the chequered flag falls, and I know that whatever the weather does I'll be ready to fight right to the end."

"Now it's a bit out of our hands, so we'll do what we've done all year - work as hard as we can and grab any opportunities that arise. It'll be an exciting weekend whatever happens, and one in which there will be quite a lot of attention on us, so I'm excited about what's ahead."

Giedo van der Garde: "It's hard to believe we're already at the end of the season, but here we are in Brazil and we have a big weekend ahead of us, for the whole team, our partners and our fans. I have to say it's been a fantastic year, one in which I've learnt so much, more than I could have thought when the first test started back in February, but one in which I've enjoyed every minute - the highs and the lows."

"I think I'm really lucky that I'm with a team that gave me the chance last year to learn, doing things like FP1 in Brazil in 2012 which will definitely be helpful here, but also throughout the season. When we announced that I'd be driving for Caterham back in January I said I knew I had a lot to learn and I needed some time to find my true pace, but the team helped me do just that and mid-season, that's when it all started to come good. It would obviously be nice to finish on a high now in Brazil and we're all ready to do that, if the chance comes our way."

"I'm fully ready for what's ahead this weekend, mentally and physically. I'm feeling good and hopefully it'll be wet/dry, just like it was in Monaco and Spa when we got into Q2, conditions that I really like and that I think you need to be a bit brave to really take advantage of. Since being in Brazil it's rained both days at around race time, so who knows, maybe the luck will finally go our way and we'll have a chance to fight to the flag for the position we're aiming for."

"If not, then so be it. I'm a positive guy and I know the whole team has worked incredibly hard all year to keep making progress, so if things don't go our way it won't be through lack of effort. All we can do is drive as hard and as fast as possible, and continue to work like we have all year, then we'll see where we are on Sunday night."
F1 News
<< Previous article Next article >>
.