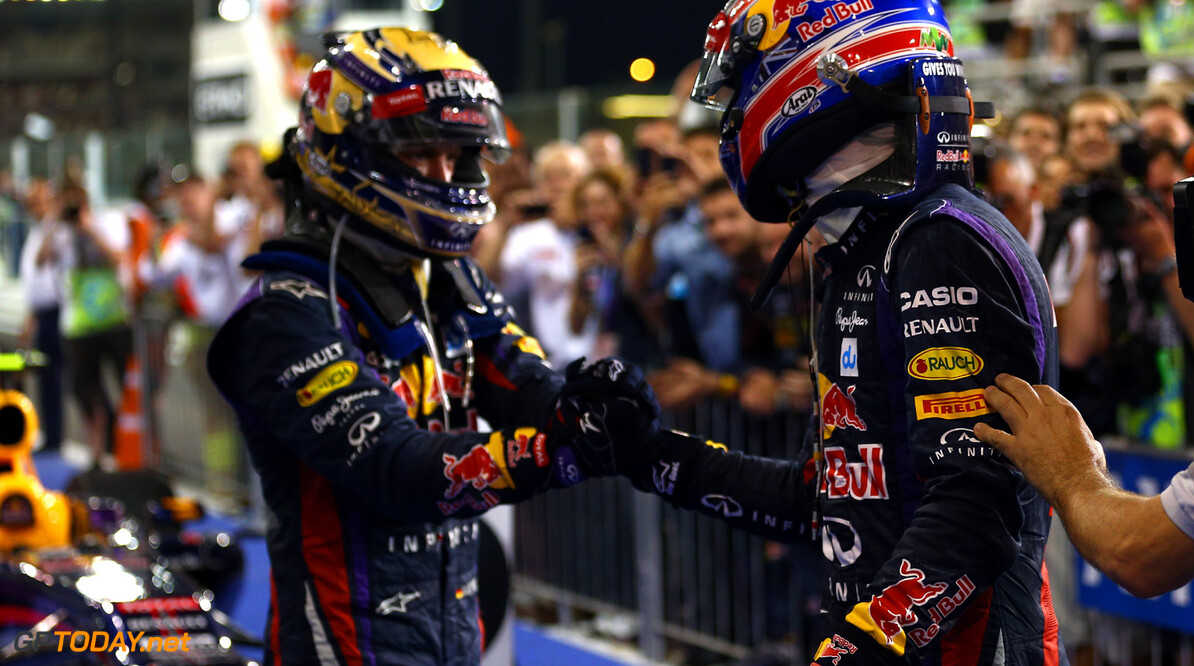 Mark Webber is not ready to spill the beans on the intriguing story of his "f***ing intense" title battle with Sebastian Vettel in 2010. But as the Australian's long F1 career draws to a close this weekend in Brazil, Webber has hinted there was much more than meets the eye to 2010, during which he famously exclaimed "Not bad for a number 2 driver" after winning the British grand prix. "Only those closest to me know what went into it," Webber, 37, told the Telegraph.

Asked if the truth will eventually come out, he insisted: "Not from me." "Looking back I'm pretty proud of myself, the way it was kicking off and how I handled myself." Silverstone was the epicentre of the fraught campaign, when a newer specification front wing was taken off Webber's car and put on eventual champion Vettel's.

But there was also the collision in Turkey, while Telegraph correspondent Tom Cary suggested Webber's once-close relationship with Red Bull team boss Christian Horner never fully recovered after the goings-on of 2010. "To manage the whole scenario hasn't been super easy for the team," Webber conceded. "We were in uncharted waters in 2010. 'F***, we're going for our first title. Holy sh**, how do we do it? Let them both go at it maybe? Oh no, maybe not'," said Webber.

Webber's relationship with Vettel only nosedived further in recent years, culminating in the notorious 'Multi-21' affair of early 2013 and eventually the veteran Australian's decision to retire and move to Le Mans.

Referring to 'Multi-21' and the loss of the Malaysian grand prix victory this year, Webber said: "There are blinkers and there are blinkers. I saw Michael (Schumacher)'s blinkers, too, and I don't think Seb's are as bad as that. I think in time, a stiff glass of red wine one day down the line, it will probably be ok with us. But it's hard at the moment," he admitted.

Some of Webber's closest paddock allies will wear t-shirts bearing the words 'Made My Mark' to farewell the popular driver into F1 retirement in Brazil. (GMM)
F1 News Sebastian Vettel
<< Previous article Next article >>
.