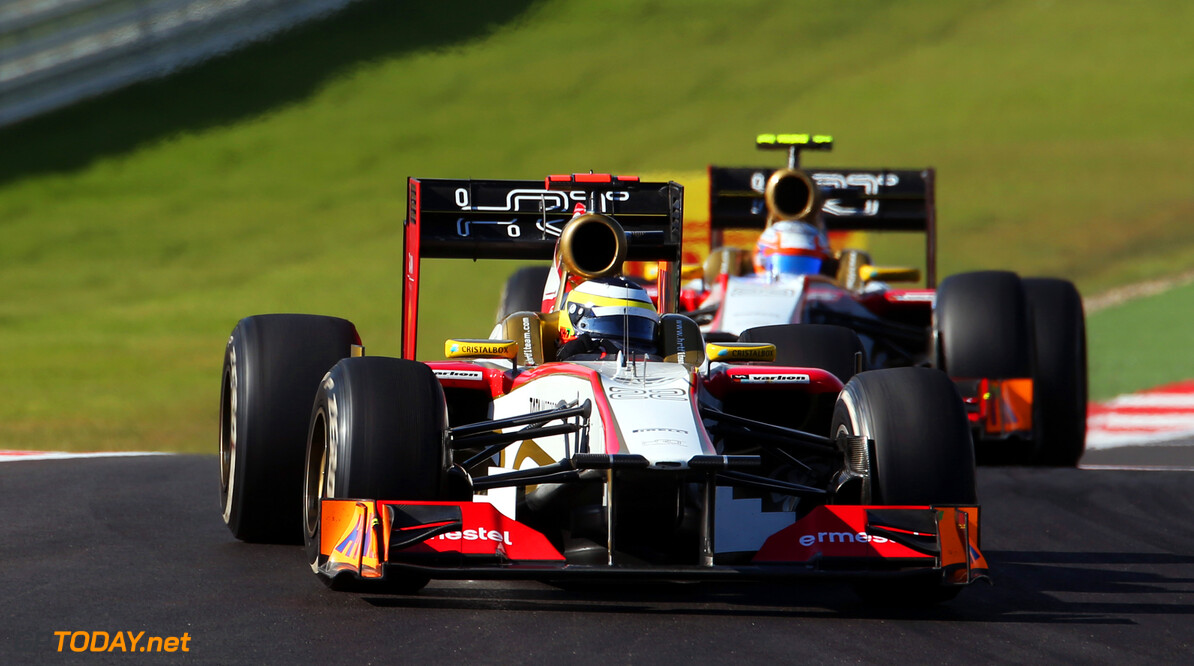 HRT is already in liquidation, an unpaid and angry supplier has claimed. Formtech Composites, a carbon fibre manufacturer, said in a statement that the beleaguered Spanish team entered liquidation proceedings on November 12 -- well before the 2012 season ended.

The supplier said HRT is now only willing to pay 30 per cent of its debt. And "It has come to our knowledge that (HRT) owe a substantial amount of money to other suppliers in the motor sports industry," Formtech added. Formtech also accused HRT of giving "misleading information" about its situation. (HMM)
F1 News HRT
<< Previous article Next article >>
.