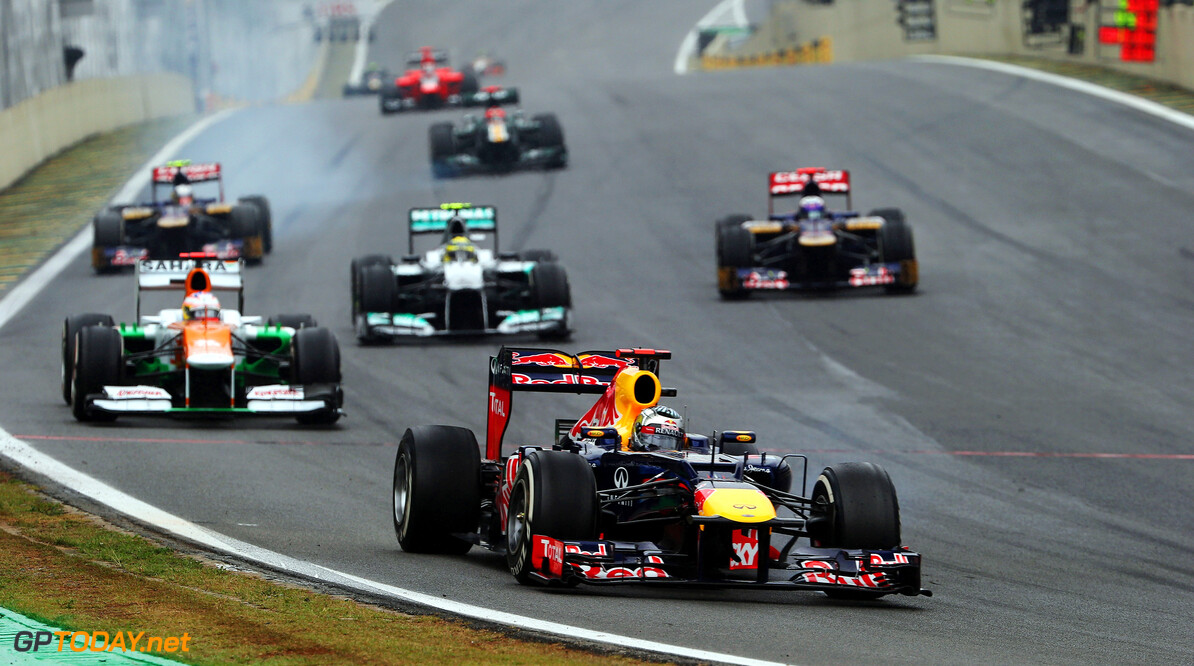 Sebastian Vettel has hit back at critics who claim the new triple consecutive world champion is not good at overtaking. The critics have said the Red Bull driver is good at dominating grands prix from pole position, but usually falters when he needs to do some passing en route to the chequered flag.

But German Vettel thinks his races in Abu Dhabi, when he fought through the field from the pitlane to finish on the podium, and in Brazil where he won the title despite a first-lap spin, have proved the critics wrong. "It's actually a little funny to look back now at the guy who can't overtake," he is quoted as saying by Brazil's Agencia Estado. "Now, after just two races, people have to change their minds."

Vettel admitted the criticism bothered him particularly in 2011, when he won many races from pole. "You start from a good position and yet you are criticised for that," he said.

Four-time world champion Alain Prost says Vettel deserves the 2012 title. "He has the car, the team. He does what he needs to do," the Frenchman told RMC Sport. "He had a lot of luck, especially in Abu Dhabi and Brazil. He was a lucky champion. But that doesn't mean he doesn't deserve it -- far from it," added Prost. (GMM)