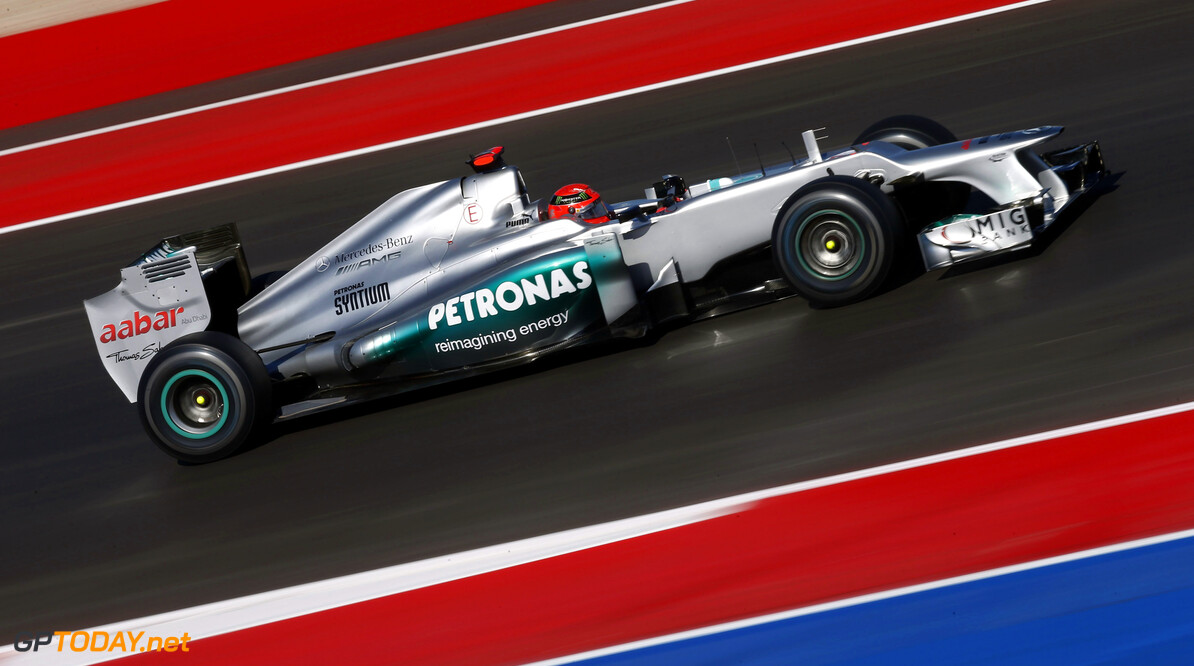 Michael Schumacher: "Interlagos is the right place to round off my career because so much of the fascination of Formula One is rooted there. I always enjoy the enthusiasm of the fans, and it's simply a great circuit which has seen many memorable events and always produces spectacular races as the unique layout guarantees plenty of action. For me, it's also the circuit that brings back my memories of Ayrton. My departure from Formula One will probably be less emotional for me this time than in 2006, when we were still fighting for the championship and everything was much more intense. This time round, I will be able to pay more attention to my farewell and hopefully savour it too. I have had fantastic years in Formula One and a lot of support from fans around the world, and I wish to particularly thank them for that. Of course, I would be happiest if I could say goodbye with a strong race, and I am sure we will be doing everything we can to make it happen."

Nico Rosberg: "The final race in Brazil should be a great occasion with the world championship going right to the end of the season. Hopefully it will be another great show for the fans after the eventful race in Austin. I hope that we can also have a positive weekend with a good performance to end our season well. However our priority is still to learn as much as possible for next year, and we will be doing further work towards that. The weekend will be a special one for our team as Michael is retiring after three years with us. I wish him all the best for the future and it was a great experience for me to race with and against him."

Ross Brawn: "With the last race of the season in Brazil also bringing Michael's second and final retirement from Formula One, it will be an emotional weekend for everyone in the team. We have both greatly enjoyed and benefitted from working with Michael over the past three years, and I would like to pay tribute to his enduring commitment, passion and team spirit. The results that we all hoped for over that period have not come to fruition, however the progress that our team has made has been significant, and I am confident that we will see the rewards in seasons to come. Having worked with Michael for the majority of the 21 seasons of his career, I feel that he is one of the greatest, if not the greatest, Formula One driver of all time, and we wish him the very best with his future plans. Looking to the race weekend, our aim will be to continue our testing programme for next season, particularly with the evaluation of the 2013 tyre sets which Pirelli will be providing for the two practice sessions on Friday. After a difficult few races, we would like to end this season with a positive result, and we will work hard to achieve that, before our focus can finally turn fully to next year."

Norbert Haug: "This weekend's Brazilian Grand Prix will bring a long, hard Formula One season to a close. It will also mark the final Formula One race of Michael Schumacher's career and we must thank him both for his committed contribution to the building-up process of our team and also his performances on track. Michael isn't just the most successful racing driver in the world but also the best known; his ability and character are admired around the globe. We had a competitive car in the first third of this season, as Nico and Michael demonstrated on several occasions. However, we especially needed to catch up in terms of aerodynamics, and to achieve our targets, we made changes in technology and personnel in order to be competitive from the start to the finish of next season. Our goal in Sao Paolo is to bid a respectable farewell to this year. When the 2013 season begins, we want once more to be in the position to score results like those we achieved half a year ago in China and Monaco."