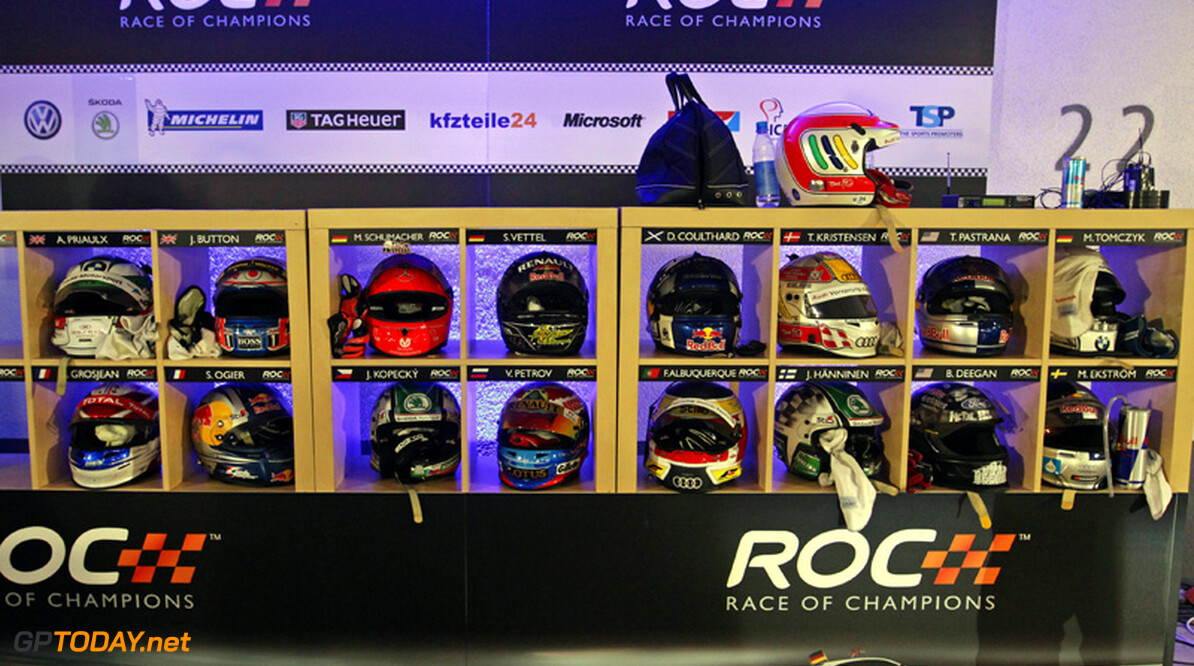 Kristensen and Priaulx sign up for Race of Champions 2012

The 2012 Race Of Champions will feature the most successful drivers in the history of Le Mans and the World Touring Car Championship as Tom Kristensen and Andy Priaulx MBE have joined the roll call of legends heading to Bangkoks Rajamangala Stadium on December 14-16.

Denmark's Kristensen is acknowledged as the finest endurance racer in motor sport history. He has a record eight victories in the Le Mans 24-Hour race, plus a record six wins at the Sebring 12-Hour race and an American Le Mans Series title.

Kristensen's record at the Race Of Champions is impressive too, having appeared at every event since 2001. Last year the Dane reached his third ROC Nations Cup final for Team Nordic, only to fall to the all-conquering Team Germany of Sebastian Vettel and Michael Schumacher. He made up for it in style by reaching the individual Grand Final for the second time, beating Vettel and Schumacher along the way.

Kristensen said: "It was a great experience to make it to both finals last year. But the Race Of Champions is always fun anyway. When you arrive, you can tell that very passionate people put on this event. We see people from all types of motor sport, there's a great camaraderie and then we put on our helmets and race all these different cars, which is always a great challenge. There is no better way to end the season."

Priaulx is the World Touring Car Championship's most successful driver with three titles plus another in its previous guise as the European Touring Car Championship. The long-time BMW regular switched to the DTM series this year and he also has a fine ROC record. He has made the individual semi-finals three times and took Team GB to the ROC Nations Cup final in 2009 and 2010, only to be defeated by Team Germany's Schumacher and Vettel. Now Priaulx has a chance to make amends as he teams up with 13-time grand prix winner David Coulthard.

Priaulx said: "I always enjoy the Race Of Champions. The atmosphere in the stadium is special and I'm looking forward to hearing the noise at the latest venue in Bangkok. I've already been runner-up a few times in the ROC Nations Cup, so I hope DC and I can go one better at last. But we know that is a big task with such a range of legends in the field. It's always very intense and everyone knows how to race and win."

ROC race organiser Fredrik Johnsson said: "It's great to have Tom and Andy back in our line-up for ROC Bangkok. They are legends in their fields and they are both big crowd-pleasers in the stadiums of the world. Moreover, they are always contenders for glory at the Race Of Champions as their run of final appearances shows. The rest of the racers will definitely be hoping to avoid both of them in the draw."
F1 News Sebastian Vettel
<< Previous article Next article >>
.