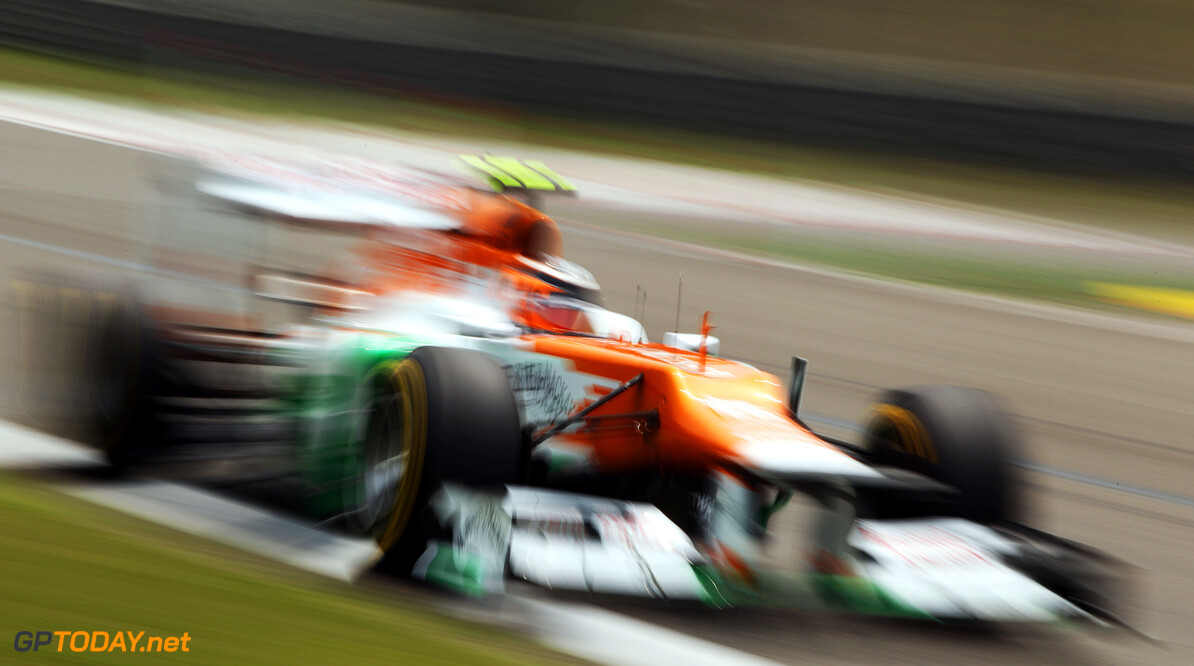 Vijay Mallya savours another fourth place in Singapore and looks ahead to the Japanese Grand Prix.
Sahara Force India picked up another fourth place in Singapore  it seems the team is edging ever closer to the podium
Mallya: "As I've said before that little bit of luck has eluded us. Hopefully it will come to us one day, because we've shown the pace of the car. This is the second time we've finished fourth in the last three races, so we're becoming the bridesmaid a bit too often! Paul drove fantastically well and we earned 12 points. It's not bad to be sitting at this stage of the season with 75 points in total  we've come a long way."

Is catching Sauber a more realistic target now?
Mallya: "I still remember the situation in 2010 when Williams pipped us by one point at the last race, so I guess it's not over until it's over! I'm still hoping that we can do it and one strong podium finish could help to wipe out Sauber's advantage. It all depends how strong our rivals are in the final six races, but we certainly have some momentum."

Any thoughts on Suzuka?
Mallya: "Historically Suzuka has never been our best track, but hopefully this time the team has something up its sleeve. I think we have been pretty consistent on most tracks this season so we are quietly confident that we can perform well this weekend. I certainly hope we can pull some rabbits out of the hat in Japan and Korea and come away with some more points."

Paul Di Resta talks about his best finish in Formula One and hopes to build on the momentum in Japan.
Paul, you said your result in Singapore was your best day in Formula One  does it give you extra confidence for the rest of the year?
Di Resta: "When we qualified sixth we knew it was going to be tough to even maintain that in the race, but things worked out very well and I was able to challenge Fernando for a podium in the final stint. I think we learned a lot in Singapore about how to get the most from the car and the aim now is to try and repeat the form we showed towards the end of the race. If we can do that, the momentum will carry on."

You raced at Suzuka for the first time last year  what did you think of the track?
Di Resta: "It's a track thats all about aero so it's a real test of your car. I also found it very technical with corners like the 'S' curves where you need a good change of direction. Finding the sweet spot isn't easy because half the track is made up of straights so you need efficiency as well as downforce for the high-speed corners. Tyre degradation is also high so a neutral car is what you need during the race."

Do you enjoy visiting Japan?
Di Resta: "The thing that surprised me last year was the commitment and enthusiasm of the fans. Even on Thursday the grandstands were busy. So that makes it a special race and the fact that it's a track with a lot of history. I also enjoy Japanese food, although the challenge is making sure you order the right thing!"

Nico Hulkenberg looks forward to one of his favourite races of the season.
Nico, tell us about your memories of racing in Japan
Hulkenberg: "My race in 2010 with Williams was not especially memorable because I was taken out before the first corner. That was a real shame because it's a track I really enjoy and with corners like the 'S' curves it's a great experience in a Formula One car."

What are the main challenges of the lap?
Hulkenberg: "Suzuka is definitely one of my favourite circuits: it's really challenging and technical, and you need a good car balance to hook up a good lap. Because it's so technical it's important to find a good rhythm because if you mess up one corner you can lose the flow of the whole lap."

How are you feeling as we enter the final six races of the season?
Hulkenberg: "I'm feeling positive and we have generated some good momentum within the team recently so I want to keep that going. The goal is to keep getting consistent results in the points."
F1 News Force India Williams Sauber
<< Previous article Next article >>
.