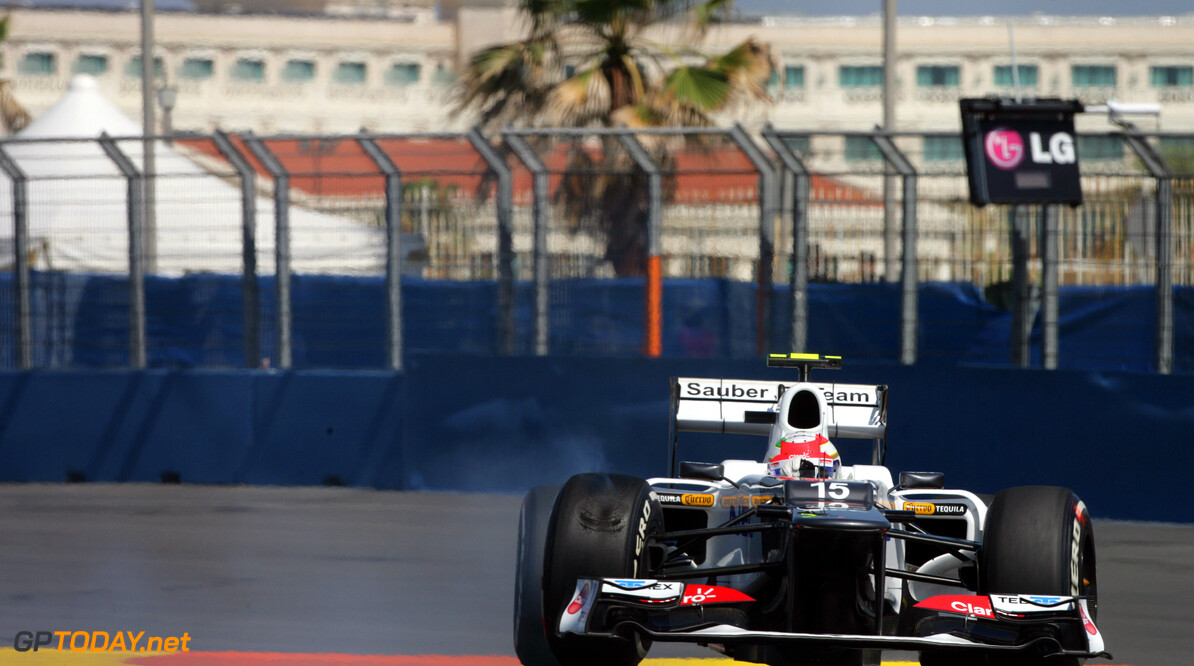 After mixed fortunes at the recent European Grand Prix, the Sauber F1 Team has higher expectations for the weekend of the British Grand Prix in Silverstone, 6th to 8th of July. The Sauber C31-Ferrari will have updates for the ninth round of the 2012 FIA Formula One World Championship. Kamui Kobayashi, who showed a great qualifying performance in Valencia and was initially lying fourth, remains positive despite the grid penalty he has been given. Sergio Pérez is determined to qualify better than he has done recently and is, therefore, focusing on Saturdays job first.

Kamui Kobayashi: "I'm really looking forward to this race, and my expectations are quite high. Silverstone is one of my favourite circuits. Our cars were always good in medium and high speed corners, but with the Sauber C31 we have also improved the performance in slow corners, which means we should have no problems with the new part of the track, which was introduced in 2010. Despite the fact I have to cope with a penalty, which will send me five places down the grid, I'm optimistic for this race. I believe we have the potential to achieve something special in England and I hope for a little more luck as well."

Sergio Pérez: "I really like the Silverstone circuit. I have won there in Formula 3 and in GP2 and also last year my first Formula One race was good. I came seventh and this was actually my best race result in 2011. Back then it was a crazy race in difficult weather conditions with the track drying. I think our car will be good in Silverstone and I want to fight for another podium there. In my view in Silverstone it is even more difficult to overtake than it was in Valencia, therefore qualifying is high priority on the job list. I need a better grid position than recently. I like the fast and fluid corners a lot, so this is a very enjoyable part of the track. The race in Silverstone is a special Grand Prix  because of the fans and the atmosphere and also for me personally. I lived in Oxford for three years and I have quite a few friends in England."

Giampaolo Dall'Ara, Head of Track Engineering: "The Silverstone circuit is very different from the last two tracks we've been racing on. It has some challenging high speed corners and requires a set-up which is optimised with regard to aerodynamics as well as changes of direction. Silverstone has the charm of some of the older tracks with a surface that is not perfect and quite bumpy in some places. It also offers some real challenges for the drivers. The straights are not very long, therefore we can afford to run quite a lot of downforce. The DRS zone is in the same place as last year, in the section that was built a couple of years ago. Its length is quite limited which means overtaking is not so easy. We will be running the soft and the hard tyre compounds, which I expect to suit this track nicely, and also warming-up should not be an issue. An important factor in Silverstone is always the weather, an aspect we need to take into consideration when preparing for the race weekend, and something which we might to need to adapt to during the race. Our Sauber C31 will get an aerodynamic development package, which includes some modifications of the engine cover and the rear of the car. Looking at the layout of this track and the characteristics of our car, I think we can approach this race weekend with a lot of optimism."
F1 News Ferrari Sauber
<< Previous article Next article >>
.