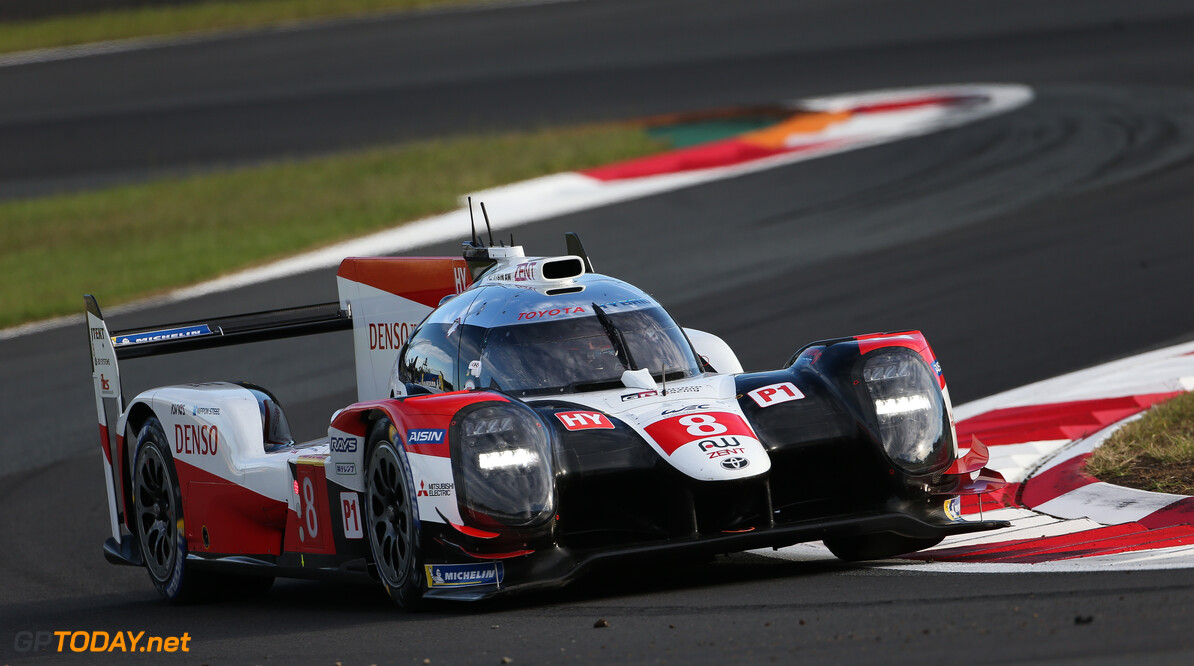 The #8 Toyota took its maiden victory of the 2019/20 World Endurance Championship, as Toyota continues its domination in the LMP1 class.

After finishing the opening race of the season at Silverstone in second place, the #8 squad controlled the 6 Hours of Fuji as its sister car was slowed by the handicap system that has been introduced into LMP1 this year.

Brendon Hartley, who is back competing in the series, took his first WEC race win since the 6 Hours of COTA in 2017.

Paired with Sebastien Buemi and Kazuki Nakajima, the trio took the chequered flag with 232 laps to its name, and won despite incurring a drive-through penalty due to speeding in the pit lane.

The #7 Toyota driven by Mike Conway, Kamui Kobayashi and Jose Maria Lopez crossed the finish line just over half a minute down on its sister car.

Rebellion Racing took the final step on the podium with the entry raced by Bruno Senna, Norman Nato and Gustavo Menezes ending up two laps down, and managing to fight the #7 on the circuit in the early stages of the race.

Racing Team Nederland took its first LMP2 class win, as recently crowned Formula 2 champions Nyck de Vries stormed the timesheets in the final two hours to make up and time and emerge in the lead after the final pit stops.

RTN finished ahead of JOTA and Jackie Chan DC Racin, with JOTA looking favourite to win in the class before de Vries made up time in the pit stop phase of the race.

The United Autosports entry followed ahead of High Class Racing and COOL Racing.

Nicki Thiim and Marco Sorensen returned to the top spot for Aston Martin in the LMGTE Pro class.

Thiim overtook the sister Aston Martin car before the midway point of the race, with Alex Lynn behind the wheel, conceding the net lead.

Porsche finished the race in second, ahead of the #97 Aston Martin, which had a moment during the race which saw it go off the circuit and lose time.

The two AF Course Ferrari teams were fourth and fifth, with the #91 Porsche taking the final finishing spot in the Pro class.

In the Am category, TF Sport took the class win with  Salih Yoluc, Charlie Eastwood and Jonathan Adam driving the Aston Martin entry.

It finished well ahead of the second-placed entry AF Course, while Project 1 took the final position inside the top three.