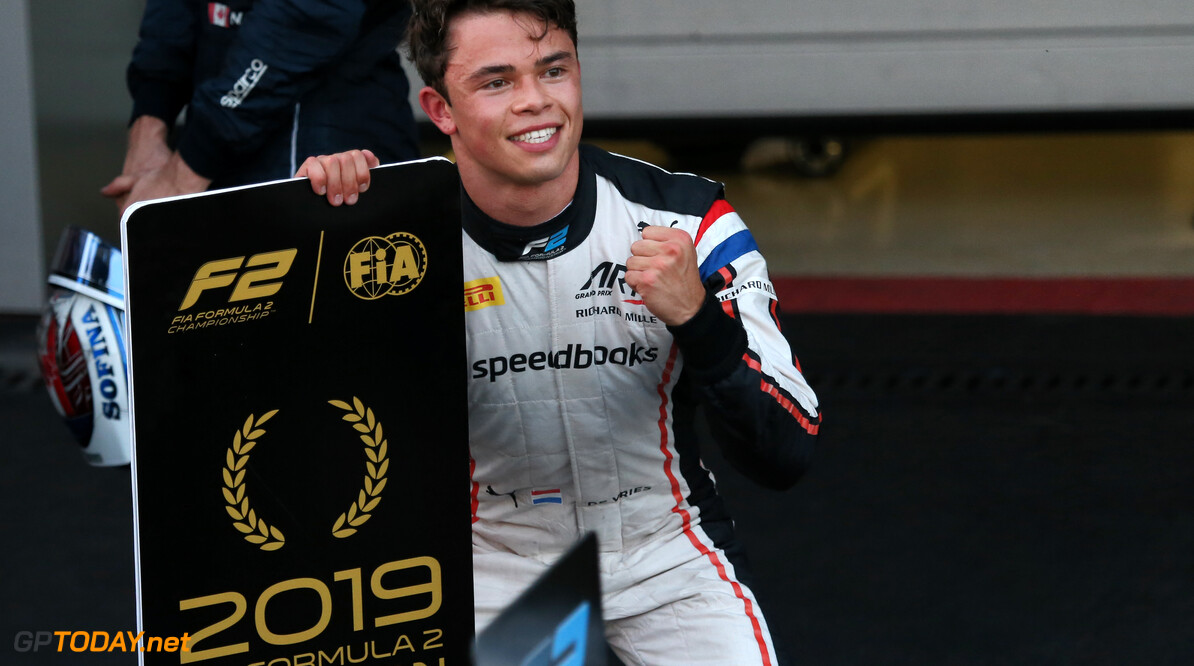 Nyck de Vries has been named in the line-up for the World Endurance Championship Bahrain rookie test in December.

De Vries picked up the Formula 2 championship in Sochi last weekend after dominating the Feature Race, securing the title with one round left to go.

The Dutchman competed in the LMP2 class of the WEC with Racing Team Nederland last season, and will now get a taste of LMP1 machinery, driving the Toyota TS050 which dominated the LMP1 class in the 2018/19 campaign.

Also on the rookie line-up is current European Le Mans Series LMP3 points leader Mikkel Jensen, who will get behind the wheel of the Signatech Alpine A470-Gibson, which won the LMP2 championship last season.

“It has been very rewarding to see the progress of our ‘rookies’ from previous years, and the perfect example of this is Thomas Laurent, now a Toyota Gazoo Racing reserve driver after first testing the LMP1 car in Bahrain in December 2017," said Gerard Neveu, CEO of the WEC.

"Endurance racing offers long and successful racing careers for those that choose it, as has been demonstrated by the presence of so many top names in the WEC.”

Pierre Fillon, President of the Automobile Club de l’Ouest added: “The ACO, through the World Endurance Championship and our continental series in Europe and Asia, has a strong history in encouraging and promoting young talent, and we congratulate Nyck, Mikkel, Job and Vincent for being selected for this rookie test.

"This is a fantastic opportunity for these up and coming young drivers to show off their skill, determination and professionalism to teams representing some of the world’s leading automobile manufacturers, Toyota, Porsche and Alpine.

"We are happy to be able to open doors for these four drivers and now they have to go through them in the best way possible!”

Drivers are required to drive a minimum of 30 laps during the test, which takes place at the Bahrain International Circuit on December 15th.