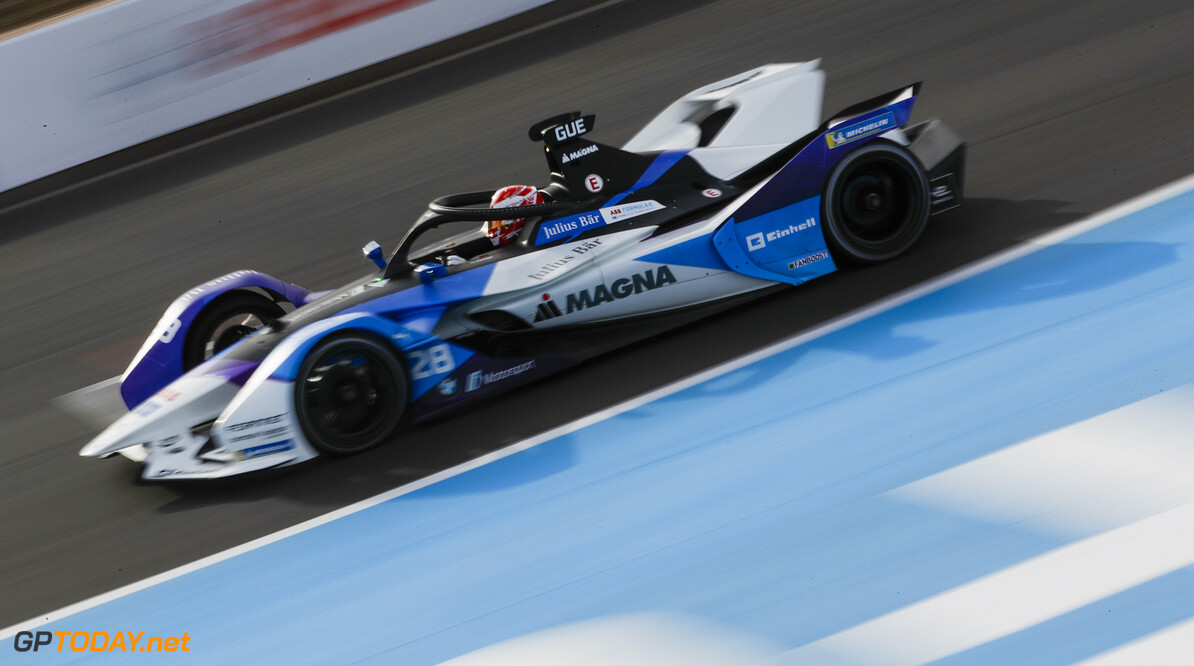 Berlin Race 3: Guenther clings onto victory ahead of Frijns

As Formula E returned to its more traditional Berlin layout for races three and four, it was the BMW of Max Guenther that took the victory in the third of six races at Templehof Airport.

Robin Frijns took second on the podium while Jean-Eric Vergne rounded out the final podium position in third.

Having a much better time on track as opposed to the reversed version, poleman Vergne led away as D'Ambrosio's good start allowed him to take second from Guenther.

Fourth-placed Stoffel Vandoorne looked for a move around the outside of turn six but locked-up and went wide, losing two places. Guenther soon regained his second place from Jerome D'Ambrosio on the second lap, setting his sights on Vergne ahead.

Further down, Sam Bird lost a position to Nico Mueller after starting a disappointing twentieth, while Mitch Evans moved up a position to eighteenth.

Felipe Massa and Lucas Di Grassi also collided into turn one before the safety car, after Di Grassi squeezed his compatriot into the corner, leaving Massa with nowhere to go but into the side of the Audi, spinning Di Grassi, who re-joined in thirteenth.

Antonio Felix Da Costa missed out on a podium to teammate Vergne by also one-tenth to take fourth while Andre Lotterer crossed the line in fifth, while Oliver Rowland and D'Ambrosio took the chequered flag in sixth and seventh.

Calado retired despite driving away from the incident, as the safety car peeled back into the pits to restart the race. Guenther held on to the back of Vergne's Techeetah on the restart, as D'Ambrosio slightly dropped away.

Guenther opted to take an attack mode on the restart but dropped into a cluster of cars in fifth. while Vergne and D'Ambrosio took their attack modes on the following lap. Vergne just held onto the lead from Guenther but continued ahead of the BMW driver.

Vandoorne suffered a puncture as the drivers squabbled over sixth place, dropping him down the order, while Rowland got past Lotterer for the place.

Guenther and Vergne went head-to-head for the lead. As Vergne took his attack mode, he briefly relinquished the lead to Guenther, before quickly regaining the lead.

Venturi's Massa was awarded a drive-through penalty for his collision with Di Grassi, dropping him down from fifth to twentieth and last of the remaining runners.

Guenther pushed Vergne hard for the lead, attempting a move into turn one as the pair banged wheels. Guenther managed to take the lead, getting a better exit than Vergne out of the turn six hairpin and taking the lead from the French driver with less than five minutes to go.

Guenther started to pull away as Frijns closed in on Vergne, passing the Techeetah to take second. Frijns went after Guenther for the lead on the final lap but the German just held on to take the victory, only one-tenth of a second ahead of the Virgin driver

Eighth and ninth went to Di Grassi and Evans as Alexander Sims finished in tenth.