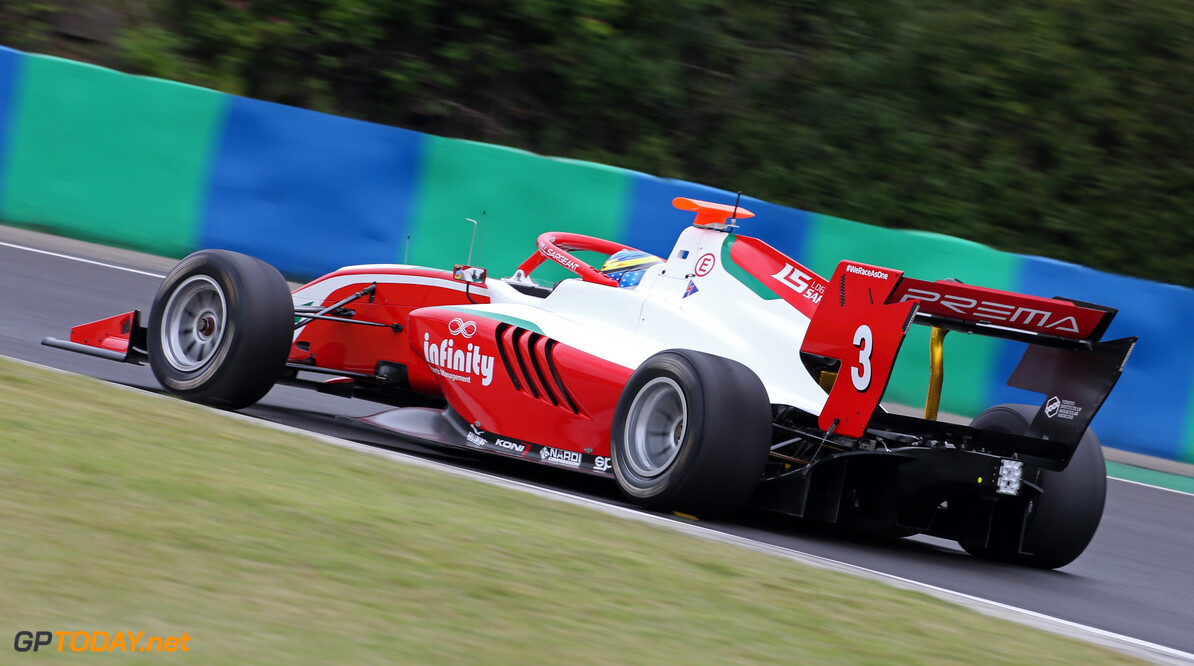 Logan Sargeant took his second F3 win of the season this morning ahead of teammate Frederik to take the lead in the championship, while Liam Lawson took third after a poor start.

Pole sitter Richard Verschoor held the lead at the start but it was a poor getaway for second-placed Lawson, dropping down as far as fifth. Sargeant tried to take the lead from Verschoor at Les Combes but was forced wide by the MP Motorsport car.

HWA's Jack Doohan dropped down the field early on with a puncture, as the field closed in on Sargeant and Verschoor. Sargeant took the lead down the Kemmel straight on the third lap, as Prema teammate Frederik Vesti also moved up to third.

Vesti then moved up to second to make it a Prema 1-2, while ART's Theo Pourchaire was squaring up a move for Verschoor's third place. A virtual safety car was then deployed after an accident for Jean Pierre Chovet, while Doohan was also confirmed as a retirement.

Fourth and fifth went to the two ART's Aleksandr Smolyar and Pourchaire, while a penalty relegated Oscar Piastri to sixth. Poleman Verschoor ended the race in seventh.

Green flags were then out to restart the race at the end of lap five, as Alexander Peroni had a great restart to take two places at the Bus Stop chicane, moving up to ninth. Peroni was quickly put back to tenth, as David Beckmann retook his ninth position.

Pourchaire took third after a lunge ar Vershoor through the Bus Stop on lap nine, as Verschoor then dropped down to sixth after losing positions to Lawson and Smolyar.

Race Control warned numerous drivers and deleted times after a number of cars ran wide at turn 9, while upfront, the two Premas of Sargeant and Lawson was pulling away from third-placed Pourchaire, who was under attack from Lawson.

Pourchaire looked to retake third after losing out to Lawson, but was then put down to fifth by teammate Smolyar. Peroni was then forced into a spin at Les Combes after contact with Olli Caldwell.

Sargeant started to suffer from tyre wear with four laps to go, as teammate Vesti closed in on the leading Prema. The third Prema of Piastri then moved up to fifth at the expense of a struggling Pourchaire.

Piastri was handed a five-second time penalty for leaving the track and gaining an advantage at Raidillon while he was challenging Verschoor earlier in the race.

Vesti closed up to Sargeant in an attempt to take the lead on the final lap but was not able to get close enough to the American, allowing Sargeant to claim his second win of the season.

Eighth and ninth went to Lirim Zandeli and Beckmann, while the final ART of Sebastian Fernandez rounded out the top ten.