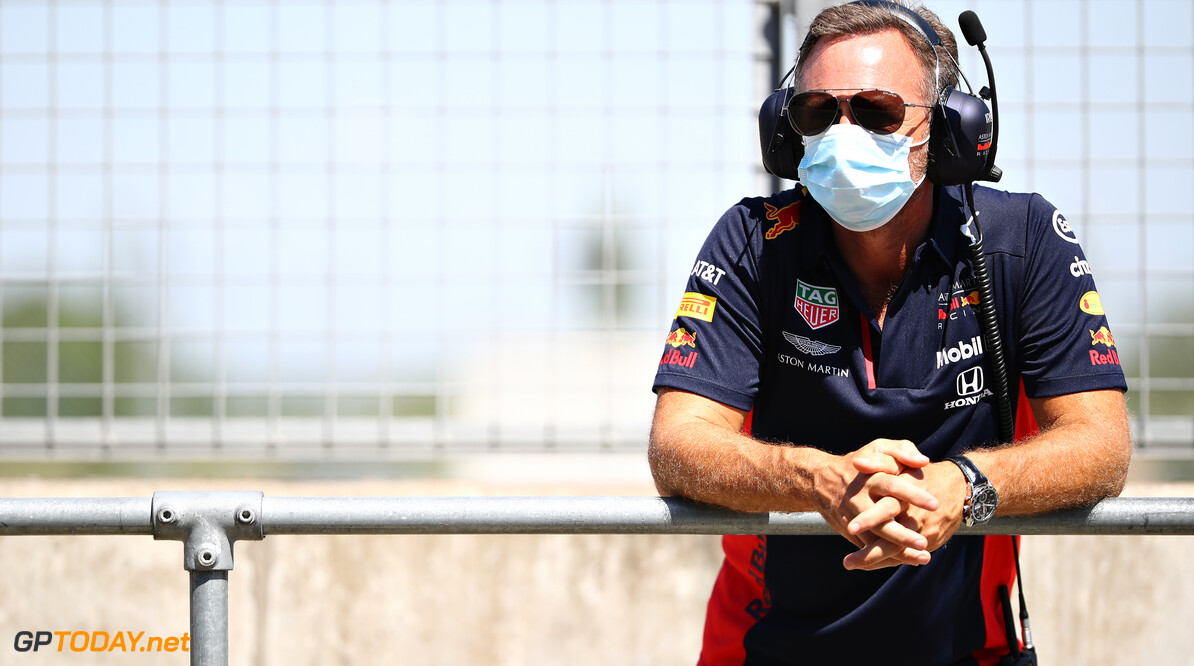 Horner: Sunday's race pace 'far beyond what we expected'

Red Bull team principal Christian Horner has applauded his team for the victory it achieved during Sunday's Grand Prix at Silverstone.

With Mercedes struggling with tyre blistering on both compounds, Max Verstappen was able to stay with the pair from third on the harder compound at the beginning of the race and essentially take the victory away as the race progressed, giving Red Bull its first win at Silverstone since Mark Webber's victory in 2012.

Horner believed it was a fantastic result for the team, noting that there is a lot of work now to understand why the car was so fast and able to look after its tyres better than the Mercedes out in front.

Horner also complemented Alexander Albon's race, as the Thai driver managed to overcome an early pitstop and fight his way back to fifth place.

He added that this result for Albon complemented the pace that was in both cars over the course of the race and hoped that the team would be able to continue its improved form as F1 moves to Barcelona for next weekend's Spanish Grand Prix.

"It was an amazing performance today," Horner exclaimed.

"The pace in the race was beyond what we expected and starting on that reverse strategy, Max was just chilling out at the beginning of the race and it was just so easy today.

"Even when Mercedes pitted and went onto the hard, we were able to pull away and you think, this is really game on now.

"We just had them covered today and I think there is a lot for us to understand from this race. The car worked fantastically well, with Alex as well and the pace was just right there."