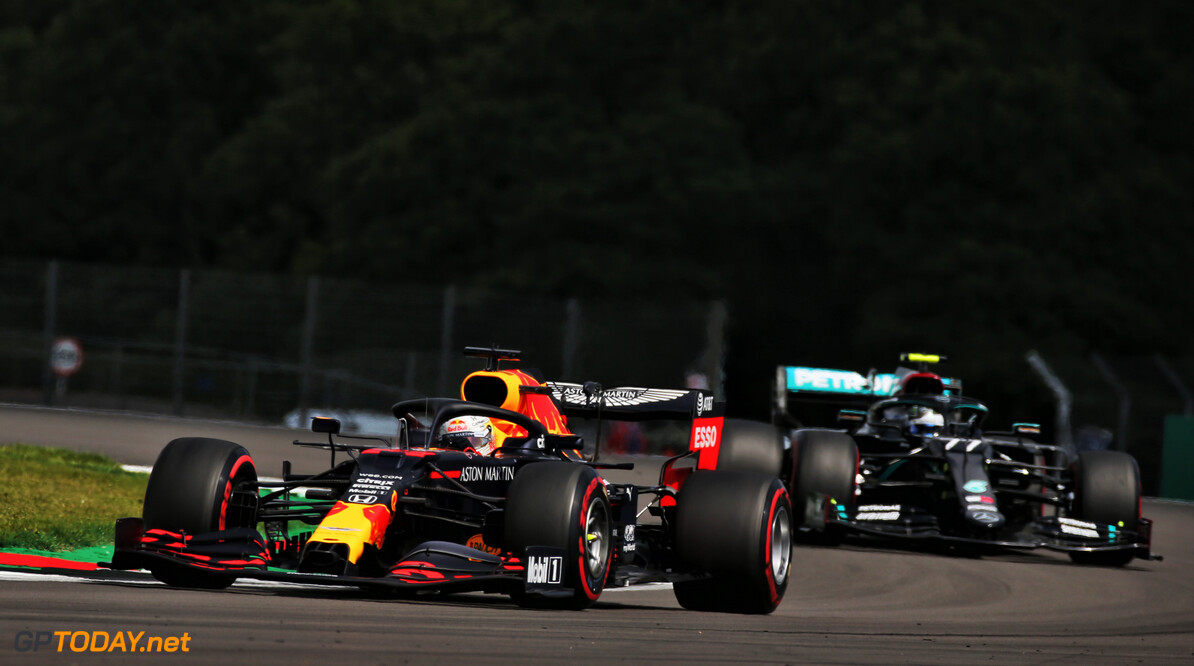 Changes made to Chapel curve kerb ahead of 70th Anniversary GP

It has been revealed that changes have been made to the Chapel curve at Silverstone ahead of this weekend's 70th Anniversary Grand Prix, in response to the recent Pirelli tyre failures.

A section of the kerbing had been removed from the corner, which is part of the high-speed Maggots and Becketts complex, which saw a number of drivers running into the dirt over the weekend, including Ferrari's Sebastian Vettel and Mercedes' Lewis Hamilton.

During last Sunday's British Grand Prix, a number of drivers suffered front left tyre failures in the closing stages of the race, with Pirelli confirming the reason behind the failures was down to the excessive pressures put on the tyres due to the quick layout of the Silverstone circuit.

Drivers also opted to pit earlier and extend their second stint on the hard compound tyres after an accident for AlphaTauri's Daniil Kvyat brought out the safety car, a factor also considered by Pirelli as a cause of the failures.

Despite these issues, Pirelli boss Mario Isola was suspicious that the removed kerbing could have cause some problems with debris being left on the circuit, after a number of drivers revealed that cuts were found on their tyres over the weekend.

Speaking to Insideracing.com, Isola was satisfied that the kerb was being put back in the interest of helping the tyres on the circuit.

“Probably some of the cuts that we found on Friday were caused by that and by the fact that some debris was trapped in the kerb obviously some cuts on the tyre," Isola affirmed.

“They are working around that, it’s a good action, it’s a good idea to have this small modification that is helping the situation.

“Cuts have been a topic of the week, I have to say, because of the fact that in some corners the cars are running wider, going somewhere [into] run-off areas and we had some parts of the circuit where the gravel was coming [on].

“When the tyre is hot it is very soft so that’s why we had some cuts on tyres.”