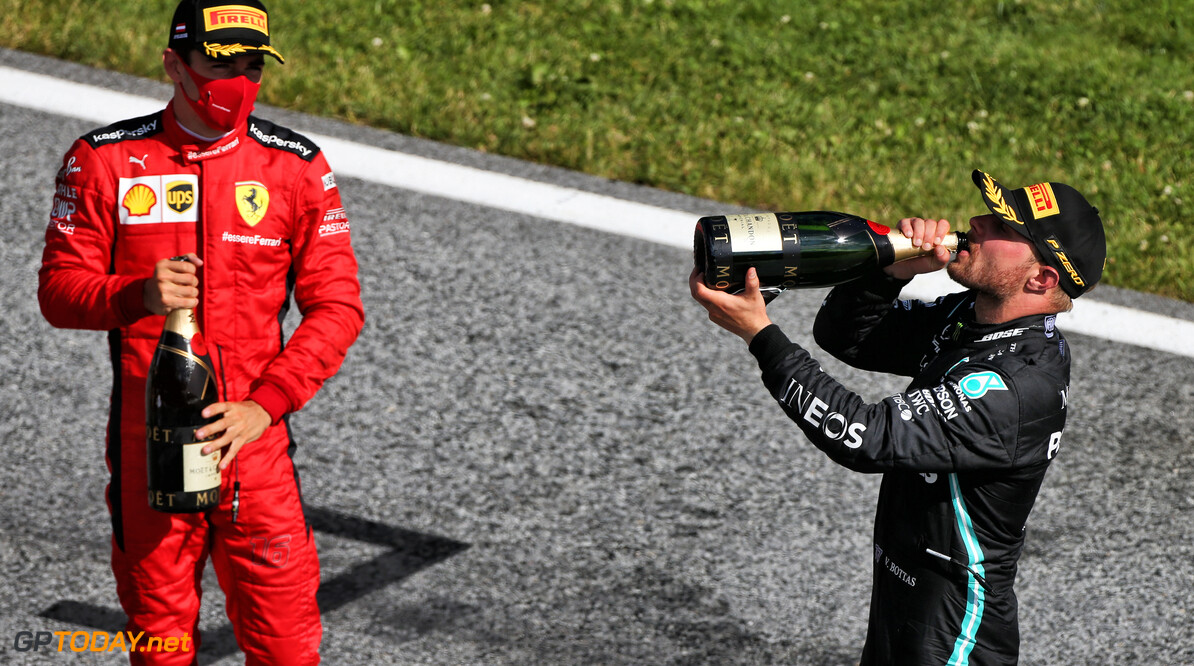 Bottas and Leclerc defend return to Monaco in between Austria races

Valtteri Bottas and Charles Leclerc have defended their actions of returning home to Monaco in between the double-header round in Austria.

Both drivers opted to leave the Formula 1 'bubble' after last Sunday's Austrian Grand Prix to spend time at home.

Pictures online showed Leclerc attending an event without social distancing and masks in place, raising concerns about a potential breach of F1's safety measures amid the coronavirus pandemic.

The Ferrari driver says he was tested twice before returning “to be sure of the result”.

“I did come back at home," Leclerc said on Thursday. "On the other hand, I've been tested twice before coming back.

"So in two days, testing twice, both negative obviously. And that's it. Yes, I went back home for two days and then the two tests to be sure of the results."

Bottas says that he was approved to return to Monaco, insisting it was a “good decision” in order to prepare for the second race weekend at the Red Bull Ring.

"Obviously I found out if it's allowed to go back and yes it is," he said. "Of course, it doesn't make a difference if I stay with the same people in the same bubble, whether I'm here or back home in Monaco.

“So I decided to go back home, as we are in Europe and travelling is pretty short. So there's no extra stress really from the travel.

"I wanted to spend those three full days at home. I thought it was very nice, [I'm] feeling very recharged for the weekend.

“So I think it was a good decision from our side, and I understand what to do, what works for me, what I want to do between the races and from a safety point of view, there's no difference at all. It's still the same people that I would be dealing with here."

Earlier this year at the Australian Grand Prix, the race was called off after a McLaren team member tested positive for COVID-19.

Last month, F1 CEO Chase Carey insisted that a positive case of the coronavirus within the paddock would not lead to a race cancellation.

However, the person who tests positive would be forced to isolate for two weeks - and in the case of a driver having to go into lockdown, a replacement would be called for the races they miss.