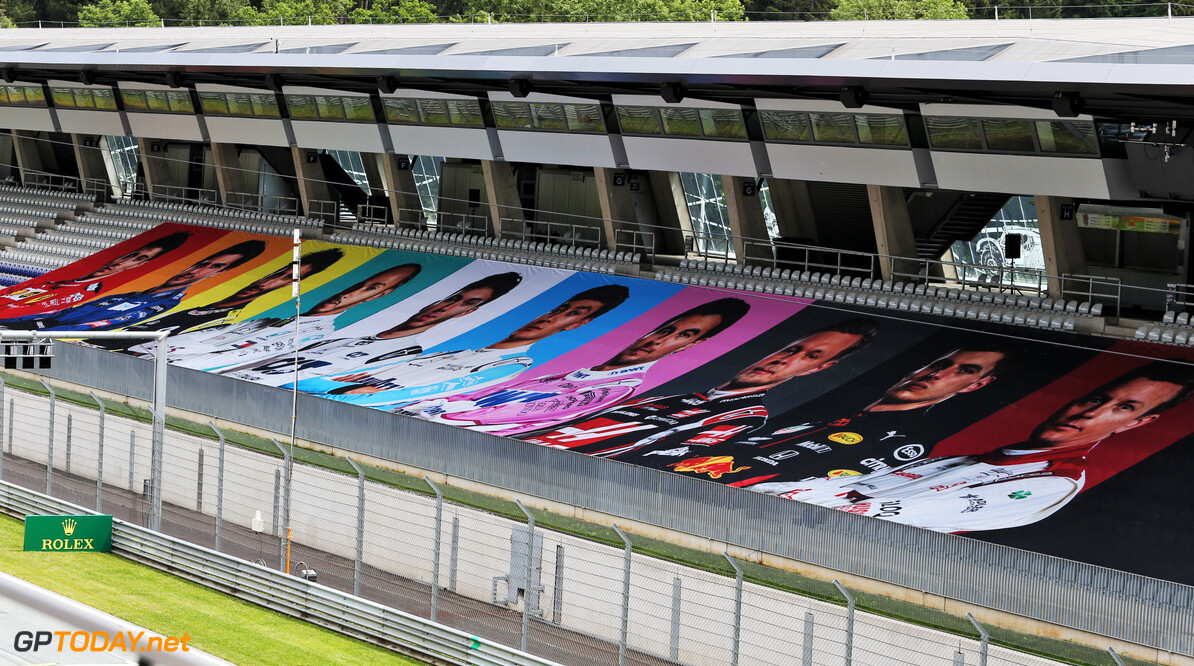 Zero fans in grandstands made no difference while racing - Bottas

Valtteri Bottas says having no fans at the season-opening Austrian Grand Prix on Sunday made no difference to his weekend.

Due to the coronavirus pandemic, fans will not be allowed to attend races for the foreseeable future, however F1 is aiming to return fans to the grandstands as soon as possible.

As the sport endeavours on its 'new normal' with difference race weekend procedures, Bottas felt unaffected by the lack of spectators in the seats around the Red Bull Ring on his way to the grand prix victory.

“During racing, [there was] no difference,” he said. “Obviously you are fully focussed on your race and the driving. So, no difference.”

However, Bottas admits it was strange not to take part in the usual driver parade that precedes the race, which gives spectators the chance to view the drivers before they take part in the grand prix.

“I have to say, what I’ve really enjoyed in the normal F1 is before the race, when we do the drivers’ parade, really seeing the support to all the drivers, seeing the spectators, all the fans, all the flags of different nationalities.

“It really brings a nice atmosphere before the race, as well as after the race, especially if you have a good result like I had today, it would be nice to share it with that atmosphere that we, for sure, are lacking a little bit now, and to celebrate with the spectators.”

Despite not being impacted by the empty seats, Bottas says there was a noticeably different environment present during the race weekend.

“But no doubt we’re lacking a bit of atmosphere,” he said. “But it is what it is. Better to be racing like this than not racing at all. I’m sure we’re still making many people happy that are able to watch the racing.

“But like post-race, all the procedures, how it goes, I think we’re all still learning. I think, I have to say, FIA, FOM, F1 has done a really nice job with setting everything up, and all the teams as well.

“It feels very pretty bullet-proof, nicely organised, pretty clear and everything. So we all feel the risk of anyone really getting ill is very minimal. That’s good. I think everyone in our team, we feel very safe racing here.”