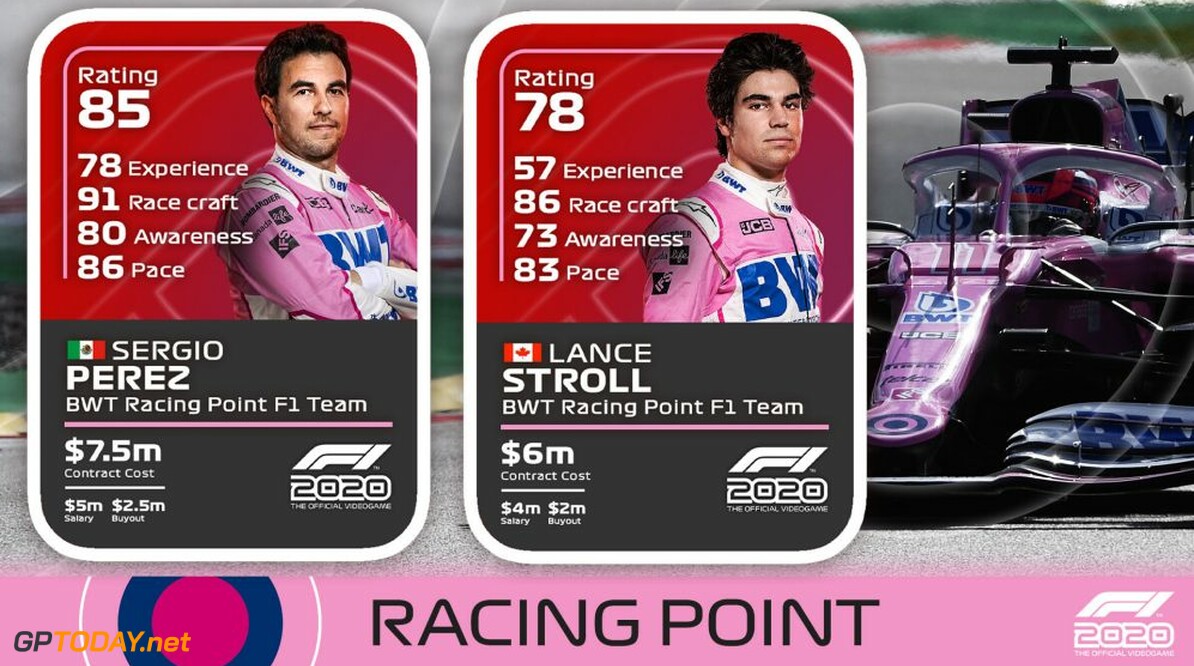 Formula 1 has announced the addition of driver ratings to the F1 2020 video game, which will be released on July 10 on PC, PS4 and Xbox.

The feature will be available in during career mode and the new 'My Team' mode, which allows the player to create an 11th team and join the F1 grid.

The ratings range from 1-99, with both F1 ad Formula 2 drivers receiving a number. They are based on the areas of Experience, Racecraft, Awareness and Pace, with the final ratings being selected from the driver's real-life performance.

Their rating will then reflect how they drive and perform within the game. According to F1, the four categories will contribute to the following advantages;

- Experience – A higher experience score will help players collect a greater number of ‘Resource Points’, used in the game to buy car upgrades.

- Awareness – A higher score here will mean the driver is less likely to lose control of their car when the going gets tough.

- Pace – Quite simply, the higher the pace score, the more rapid a driver will be throughout a race.

F1 has announced the ratings for Racing Point, Red Bull and AlphaTauri, with more ratings to be released in the future.