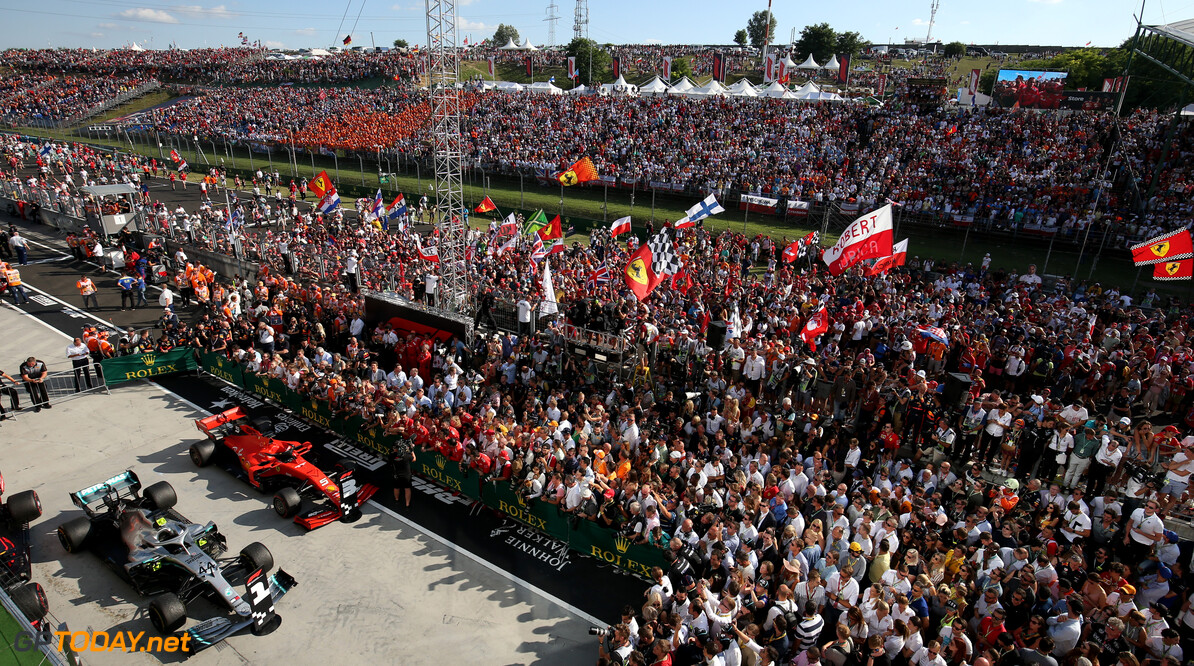 Hungarian GP in 2020 to take place without fans

Race officials of the Hungarian Grand Prix have confirmed that should a world championship event take place in 2020, it will do so behind closed doors.

On Thursday, the Hungarian government announced a ban on all events with more than 500 spectators until mid-August.

The European country's 2020 F1 grand prix is currently scheduled to take place on August 2nd, originally as the last race before the summer break.

However the mid-season shutdown has been brought back to run for seven weeks, with the latest extension confirmed on Tuesday.

A statement from race organisers in Hungary reads: "The Hungaroring team has been waiting until the very end and is still working with the international rights holder, but it has now become clear that we cannot hold the 35th Formula 1 Hungarian Grand Prix in front of spectators despite all our efforts.

"In recent weeks, we have been constantly voicing that we are open to any solution in order to host the Grand Prix again this year, and it became clear yesterday that all this is only possible behind closed gates.

"We will continue to work with the international promoter to find the best possible solution.”

Circuit officials of the Hungaroring recently affirmed that they were open to all solutions to host a race in August.

Silverstone has also confirmed that any race held in 2020 at its circuit will be done so without attending fans.