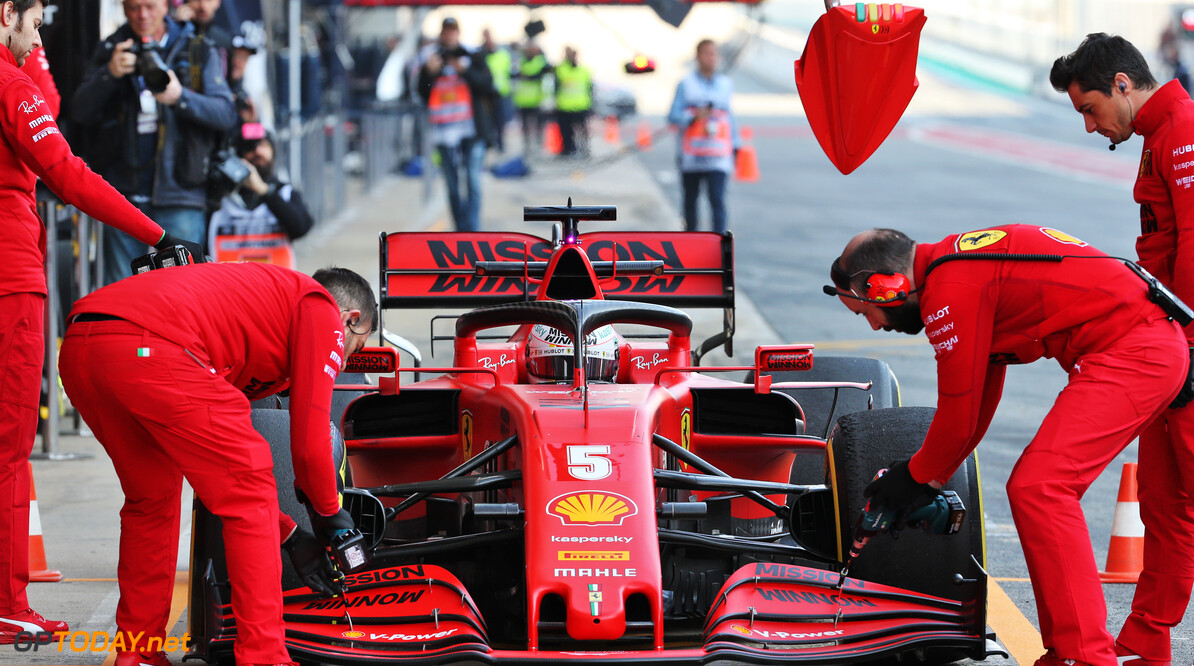 Ferrari confirms cause of engine problem during testing

Ferrari has revealed what caused Sebastian Vettel to stop on track during the third day of pre-season testing in Barcelona last week.

The team's programme was interrupted by the issue, causing it to send the engine that was in the car back to Maranello for inspection and to find the root of the problem.

The Italian outfit has asserted that there is no cause for concern following a check at its factory and that the failure was due to a non-structural issue.

“The unit which had the problem last Friday has been stripped and checked in Maranello,” a Ferrari statement said. “The fault was traced to a non-structural problem with the lubrication system. It’s not a cause for concern and work to correct it is already underway.”

Ferrari team principal Mattia Binotto said at the winter test that his team is behind its rivals Mercedes ahead of the season-opening race in Australia.

The team will return to the Barcelona circuit this week, with Vettel and teammate Charles Leclerc sharing duties on the opening day on Wednesday.

Vettel will drive the car on his own on Thursday, before handing over to Leclerc for the final day of running.