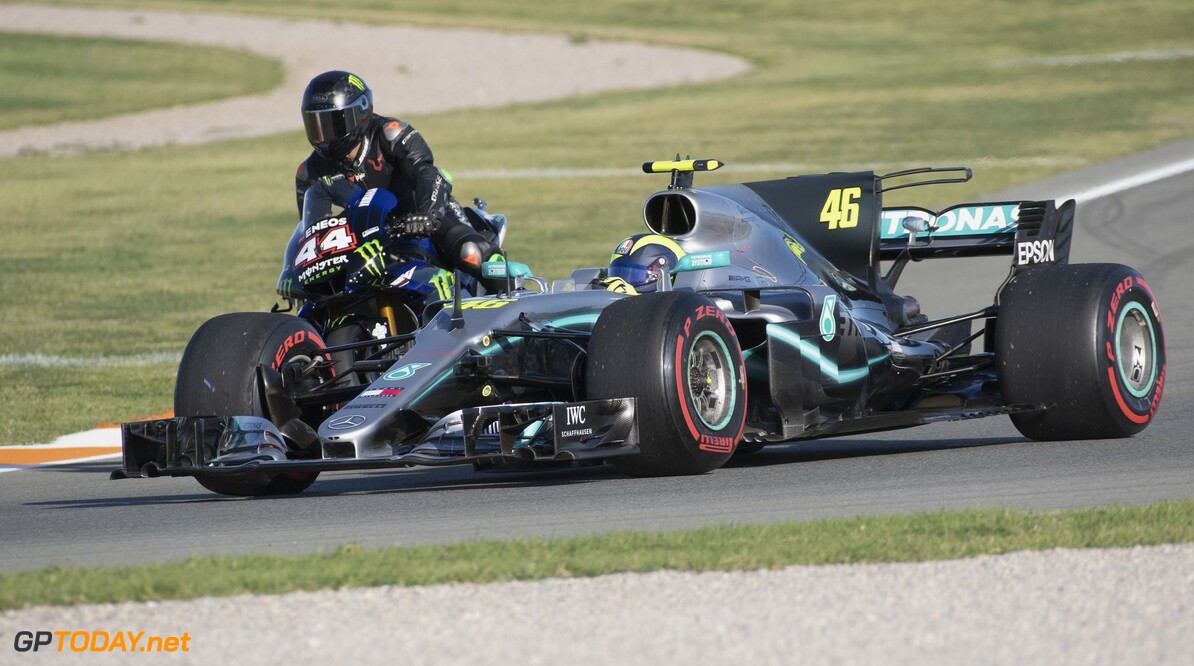 Rossi tested the 2017 Mercedes W08, while Hamilton tested Rossi's 2019 Yamaha MotoGP YZR-M1, in a special event organised by Monster Energy, sponsor to both the Mercedes and Yamaha teams.

“It’s so awesome to see a legend like Valentino in the car,” Hamilton told Autosport after the event. "I’m excited for him, for discovering the car for the first time.

"[It] reminds me of my first time in an F1 car. When you see all the team around you, it’s just a different animal.”

As well as joining Rossi on track while swapping their vehicles, Hamilton and Rossi also rode together on track with the Yamaha YZR-M1, an experience Hamilton dubbed as a very cool experience.

Rossi is no stranger to four wheels despite his success in MotoGP, having completed multiple tests for Ferrari since 2002 and also competing in numerous rallies.

Rossi managed to beat WRC legend Colin McRae and take victory at the 2006 Monza Rally Show, an event he has won six times since and was known to have impressed Michael Schumacher on numerous occasions during his tests with Ferrari.

However, with his last F1 test coming courtesy of the Italian team in 2010, Rossi admits that so much has changed since he last drove an F1 car.

“I have tried an F1 car before, but much has changed since then,” Rossi said to Autosport. “Sincerely, I was impressed with the car and its handling, as well as with the Mercedes-AMG Petronas Motorsport team, who were great to work with.

"They were very welcoming and made it easy for me to get familiar with the car. At first you get an amazing sensation of speed. The G-forces were not so bad, but it takes some getting used to.

"Once I got into the rhythm I could really push. It was a great pleasure."