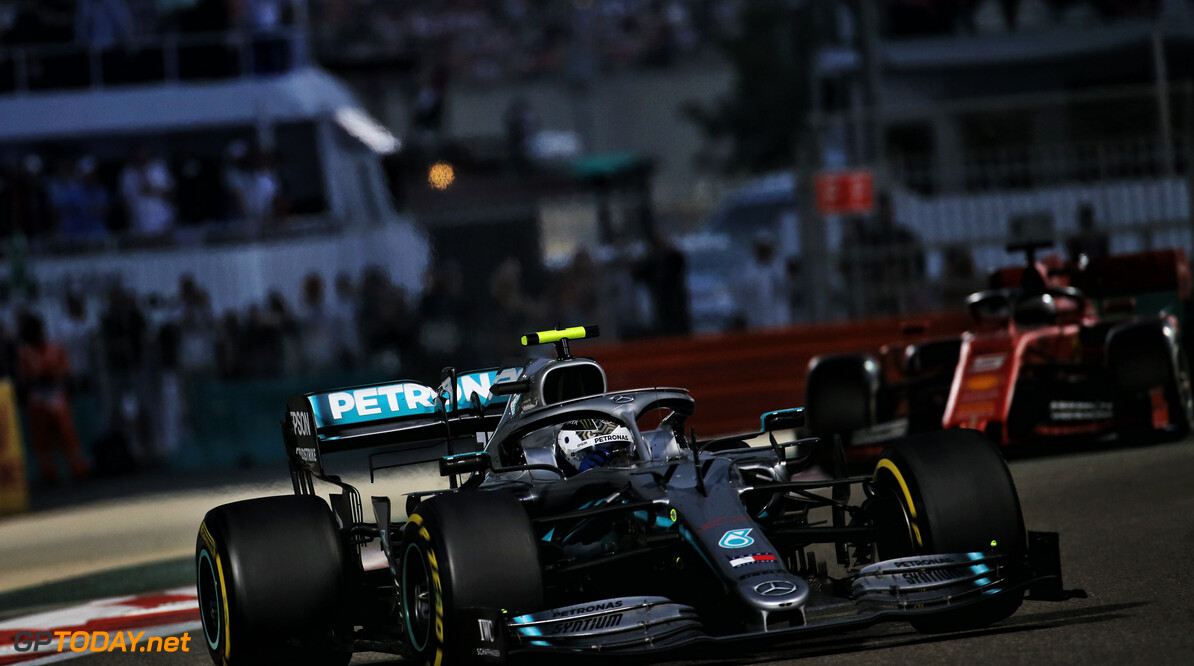 Bottas was forced to start the race from the back of the grid after taking on new engine components ahead of the weekend, following a mechanical failure in Sao Paulo.

Normally, DRS is enabled on the third lap, however the system remained disabled until lap 18, as F1 race director Michael Masi explained that there was a data server crash, which caused the failure.

Bottas was forced to cut through the back of the pack without the aid of DRS, and was already inside the top ten when it was enabled.

"I think probably somebody in race control stumbled over a cable and it wasn’t properly plugged in the wall," Wolff joked on Mercedes' Pure Pit Wall debrief.

"But it was not great for Valtteri because he couldn’t progress through the field like we would have imagined and maybe he could have had a shot for P3 at the end.

"He was very close to Charles, but it is what it is, P4 on the road which is really strong considering that he came from last.”

Bottas was also allowed to qualify as normal on Saturday, despite knowing that he would be starting from the back regardless of his result.

Wolff explained that it let Bottas have a shot at winning the qualifying battle against his rivals, as there were few dangers due to it being the final race of the season.

"Normally during the season you would say let’s save some engine mileage and not go all the way to the end and also benefit from a tyre choice," Wolff said.

"But this time, it was the last race of the season and we wanted to give Valtteri a shot for pole position.

"He has performed really well most recently and also in terms of tyre choices, there were not a lot of options open after using the medium anyway in Q2 so we thought, out and out racer Valtteri, let’s go for pole position and see what he can achieve.”