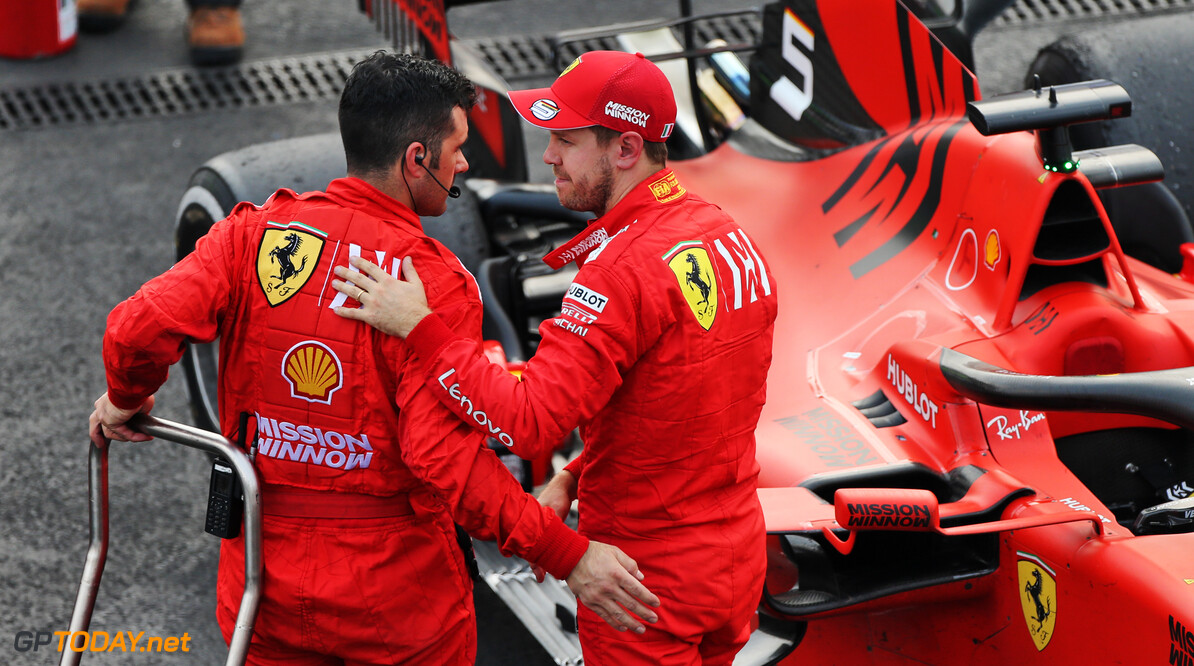 Sebastian Vettel has defended Ferrari's strategy that saw it go from holding the first two positions early on in the race to ending up second and fourth at the chequered flag.

Lewis Hamilton took his tenth win of the 2019 season in Mexico, getting to the end of the race on a one-stop strategy - as did Vettel and the second Mercedes of Valtteri Bottas.

However, Hamilton made his stop 14 laps earlier than Vettel and found himself being chased down in the final laps by the Ferrari driver, who had Bottas to contend with himself.

The second Ferrari of Charles Leclerc, who led the race during the opening stages, switched onto a two-stop strategy.

Vettel believes that Ferrari was correct to stay out much longer than Hamilton, as it was far from clear that the one-stop strategy would work with such an early pit stop.

"Before the race, we were quite sure that we had to make it to a certain lap to make the one-stop work," Vettel said. "When Lewis pitted, that wasn't the case yet.

"When Lewis pitted, it was borderline, maybe too early. But he made the tyres last and had enough towards the end. Plus, we didn't see any graining in the race as we did on Friday which made the biggest difference."

Speaking about Mercedes' race, Vettel said that they were in a more comfortable position behind the two Ferraris early on to make a bolder strategy call.

"After that, you could argue that we could have taken more risk but at that point you are driving into the unknown.

"I think what they [Mercedes] tried to do was fit the hards and see if it makes it. If it doesn't make it, you might as well fit another set at the end and there's your two-stop.

"When you are sitting in P3 and having the chance of first or fifth, you might as well try it."