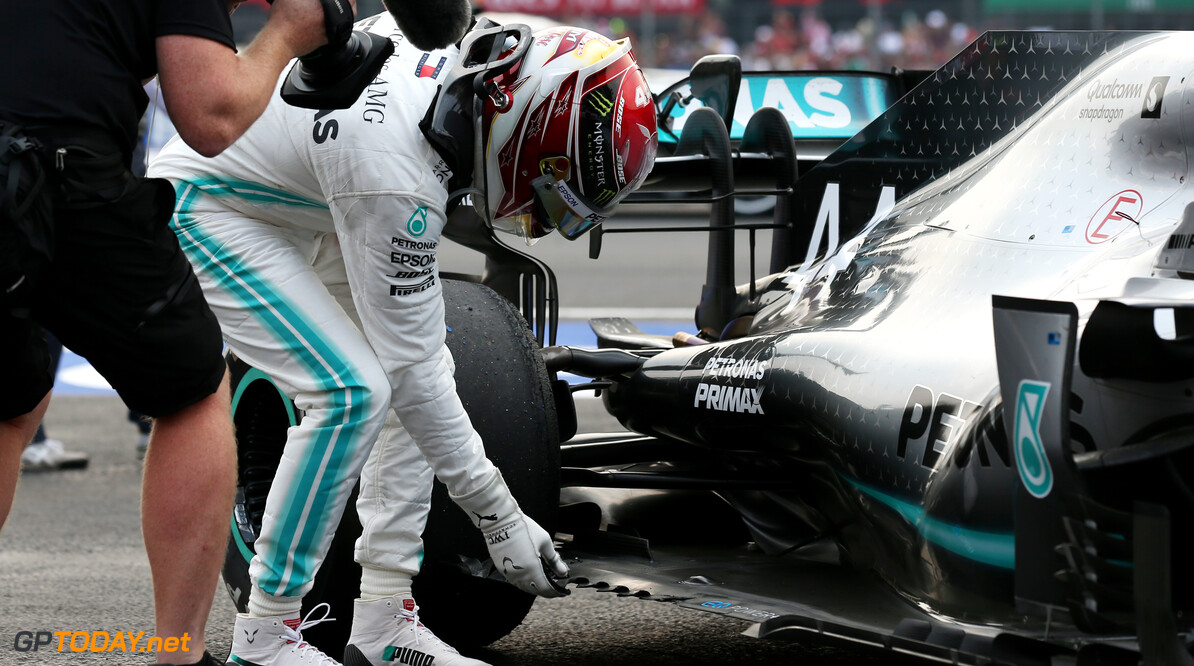 Hamilton: Race was 'a struggle' due to car damage

Lewis Hamilton says his Mexican Grand Prix was a struggle due to the car damage he had after the opening lap of the race.

The Briton, who crossed the line in first place in Mexico, came together with Max Verstappen on the opening lap of the race, forcing both of them across the grass at Turn 2.

MORE: Mexican GP: Hamilton wins but is made wait for the championship

Hamilton made an early pit stop for the hard compound, which took him to the end of the year, as he fended off Sebastian Vettel and Valtteri Bottas in the latter stages of the race.

However, the 34-year-old says the race was far from easy as he had to contend with car damage throughout.

"We came here thinking we were on the back foot knowing it was a difficult race for us, but we pulled through," said Hamilton.

Hamilton was forced to keep waiting for the championship, as the battle rolls onto Austin, which hosts the US Grand Prix next weekend.

"I don't mind," he said of not winning the title in Mexico. "I love racing and taking one race at a time. This is a race I have wanted to win for some time and it has always been a little bit tricky for us, so I am incredibly humbled by today's opportunity."