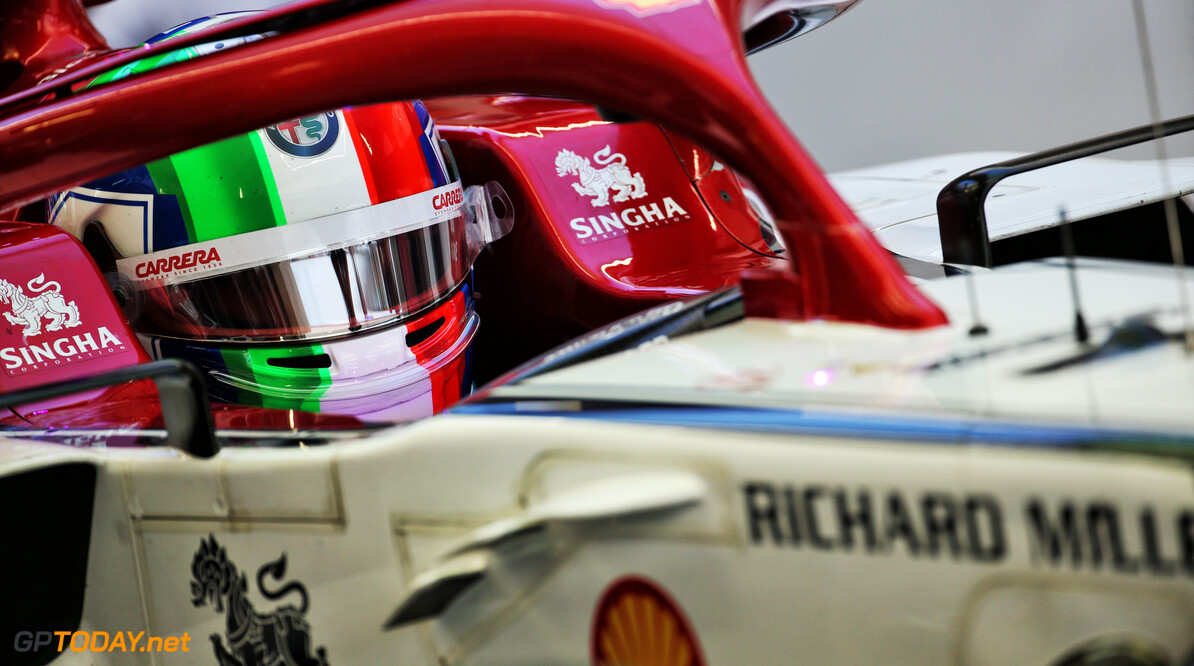 Antonio Giovinazzi says he was like the ham in a sandwich during the opening lap crash at the Russian Grand Prix, which saw him come together with Romain Grosjean and Daniel Ricciardo.

Grosjean retired from the Grand Prix immediately before Ricciardo followed suit later in the race due to the extent of the damage on his car.

Giovinazzi revealed that he attempted to lift off on the way into the corner to avoid a collision, but did so too late, adding that the other two didn't know he was there.

"I was like the ham in a sandwich, I tried to lift off when I was in the middle, but it was just too late," Giovinazzi said. "I think nobody from right or left knew there was another car at the corner.

"We did a pit stop for a new front wing, but after that we had to check what happened with the floor and on the suspension because it was quite a big touch with the two cars."

Giovinazzi was also asked about an overtaking move that Nico Hulkenberg performed during the race, as he went off the track and over the kerbs at Turn 1 to get past the Italian driver.

"It's not our problem today," Giovinazzi said of the overtake. "The start and also the pits was not very good, so we need to see other things."

Giovinazzi also lost out to teammate Kimi Raikkonen at the second safety car restart: "I was on the mediums and he was on the softs, my tyres were not ready for the traction at the last corner," he affirmed.