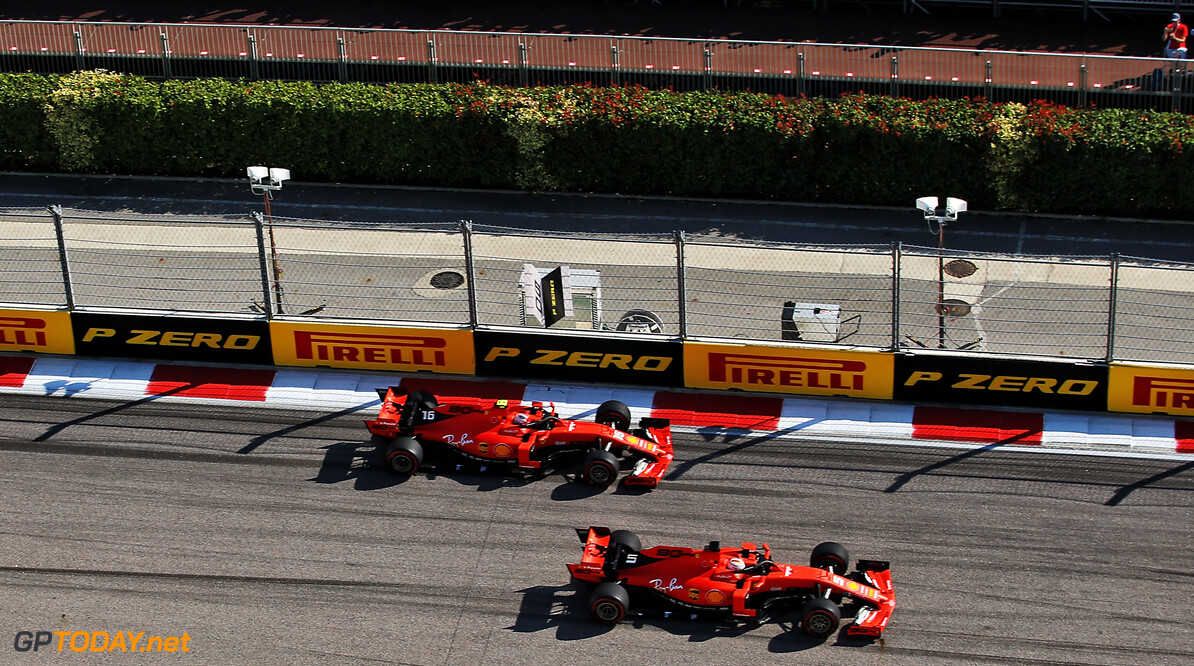 Sebastian Vettel states that he stuck to a pre-race Ferrari agreement and calls his race result a shame after looking strong during the opening stint of the race.

Starting from third on the grid, the German found himself in the lead of the Russian Grand Prix at Turn 2 on the first lap, as he used the slipstream of teammate Charles Leclerc to propel him down the straight.

Ferrari had an agreement in place prior to the commencement of the race in order to get both Ferrari cars running in first and second - which worked successfully.

However, he fell behind Leclerc after making a pit stop four laps later before retiring from the race altogether with an MGU-K issue.

"It was quite a surprise when I left the pits I had no MGU-K support, I had no power from the battery, so missing a lot of overall power," Vettel said.

"We did half of the lap, the car felt great because I had new tyres but I had no power, I lost like three seconds and then I got the call to stop the car.

"I stuck to the agreement. Obviously it was a big shame.  We had a great chance to finish first and second and now we have one retirement and Charles in third, so not what we wanted."

Vettel refused to explain the fine details of the agreement out of respect for his team, who is now 161 points behind Mercedes in the championship standings.

“I don’t want to put the team in a bad position afterwards because somebody said something here or there," Vettel said. I know it’s not fair because I think people deserve to know. It’s not a big deal.

“I was in third, Charles was in first and we were talking about a strategy to pass Lewis. Obviously I had a very good start so there were a couple of options on the table. Sorry but I really prefer not to.”