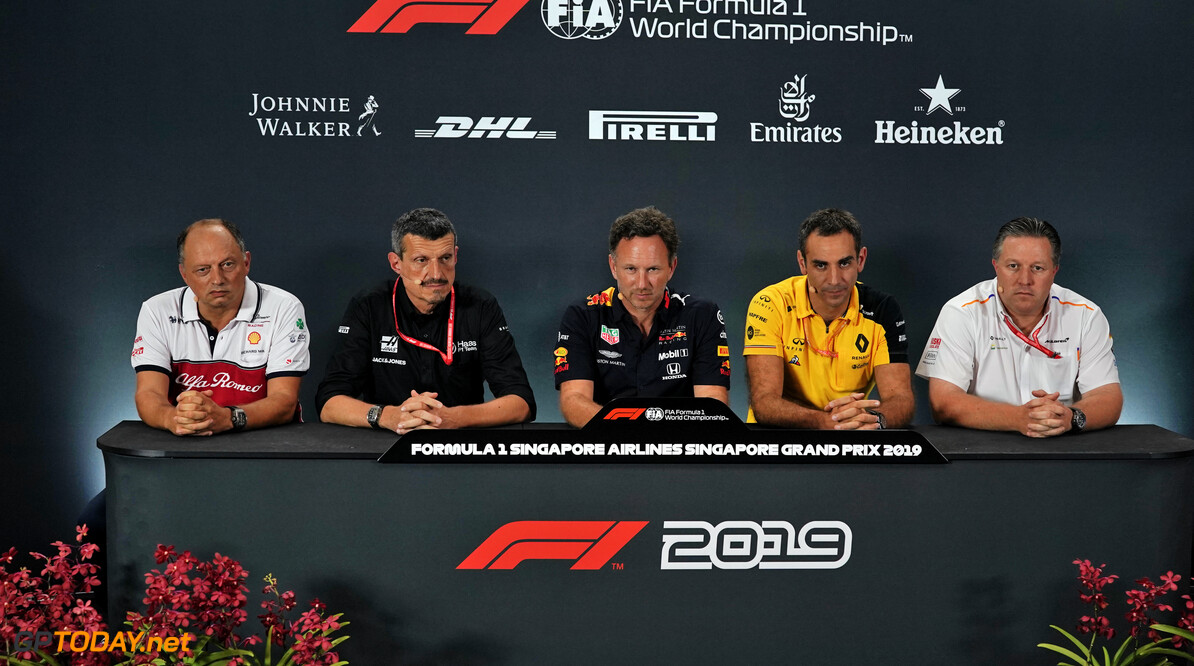 Team principals have been left unimpressed by proposals to replace the current grid penalty system with ballast penalties.

It has been recently suggested that adding ballast to the cars could replace demoting drivers to the back of the grid when they take on engine components outside the provided quota.

However, team bosses are not pleased with the suggestion.

"I’m not a big fan at all of the ballast, not ballast success, but ballast penalty," said Alfa Romeo's Frederic Vasseur. "I think it would be even worse for the race.

"At least when you have the penalty you start from the back it could spice a little bit the race but if you have the ballast penalty it would be even worse."

Red Bull team boss Christian Horner says F1 should try to find a more balanced penalty to punish those that exceed those who exceed the number of power unit components that can be used during a season.

"I think we’ve seen in other categories that it doesn’t work," he said. "It screws your whole weekend, not just the qualifying.

"The only shame about what we have at the moment is that it potentially robs the fans on a Saturday of seeing drivers going for a qualifying position. If we look at Monza, Max taking part for a couple of laps in Q1, not wanting to progress past Q2.

"I think if we could find a more balanced penalty than just straight to the back of the grid we should consider it, so that you are still encouraging drivers on a Saturday to be going for a qualifying position."

Cyril Abiteboul of Renault added that a time penalty applied in the race or after the race would allow for the result to be affected, but not the on-track action.

McLaren CEO Zak Brown concurred with Abiteboul, stating that implementing a time penalty would be a "clean" method of punishing the drivers.

"I agree with Cyril, so you got one vote," he commented. "I think a time penalty is pretty clean to understand. It doesn’t mix up the grid, you serve it at your pit stop.

"Strategy comes into play, when do you pit, tyres etc. So that I think would be the simplest, least disruption, the easiest to understand and would add some excitement to the race."