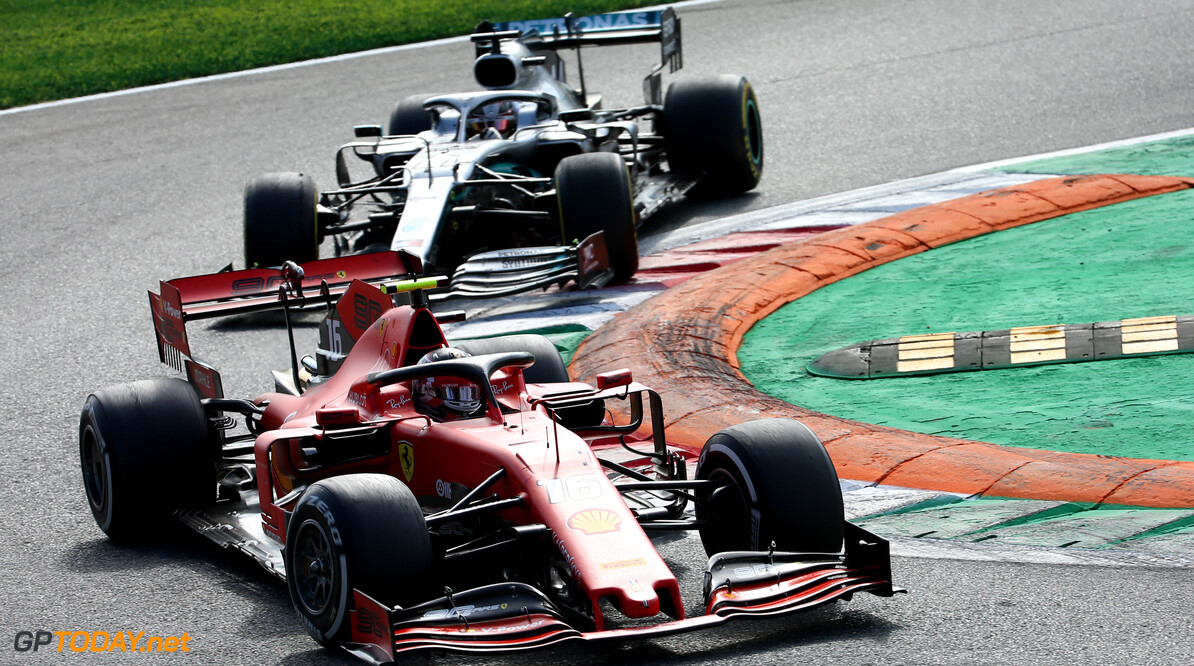 Lewis Hamilton had the maximum performance engine modes available to him when battling Charles Leclerc during the Italian Grand Prix, but they weren't enough to trump Ferrari's straight-line speed, Mercedes has stated.

Hamilton followed Leclerc for much of the race and attempted overtakes on a couple of occasions, however Leclerc stayed ahead to secure Ferrari's first home win since 2010.

With high-performance engine modes, DRS and slipstream available to Hamilton, Mercedes says that Ferrari's impressive straight-line speed was too dominant around the high-speed Monza circuit.

"All season long, Ferrari have been faster than us in a straight line," said James Vowles, Mercedes' Motorsport Strategy Director on the team's Pure Pitwall debrief. "That’s their strength, we’re strong through the corners, they are strong in the straights.

"And that was no different in Monza. Lewis used everything he had available to him on the power unit and other systems in order to try and overtake Leclerc in front.

"The power unit itself has modes including an overtake mode, he used that and it delivered the maximum power available. It just wasn’t enough to get past the extremely fast Ferrari in front of him.”

Hamilton made an error at Turn 1 towards the end of the race, which allowed Valtteri Bottas, who was closing in on the medium tyres, through for second place.

Bottas then pushed himself onto the rear of Leclerc, and like Hamilton, he also had the maximum engine modes available to him which weren't enough to get passed the Ferrari.

"By the time Valtteri had caught up to the back of Leclerc, Leclerc had already been used to our car," Vowles explained. "He knew where we were strong and where we were weak.

"Indeed, he defended against Lewis for around 20, 30 laps of the race. So, the reality was, by the time Valtteri had caught back up, not only has hit tyres been used a little bit, but more so Leclerc knew exactly where to defend and how to defend.

"The same problems Lewis had still remained. We weren’t quite with all the engine modes enabled fast enough in a straight line in order to make the overtake happen. But more so you now had an experienced Leclerc in front of you that knew how to defend."