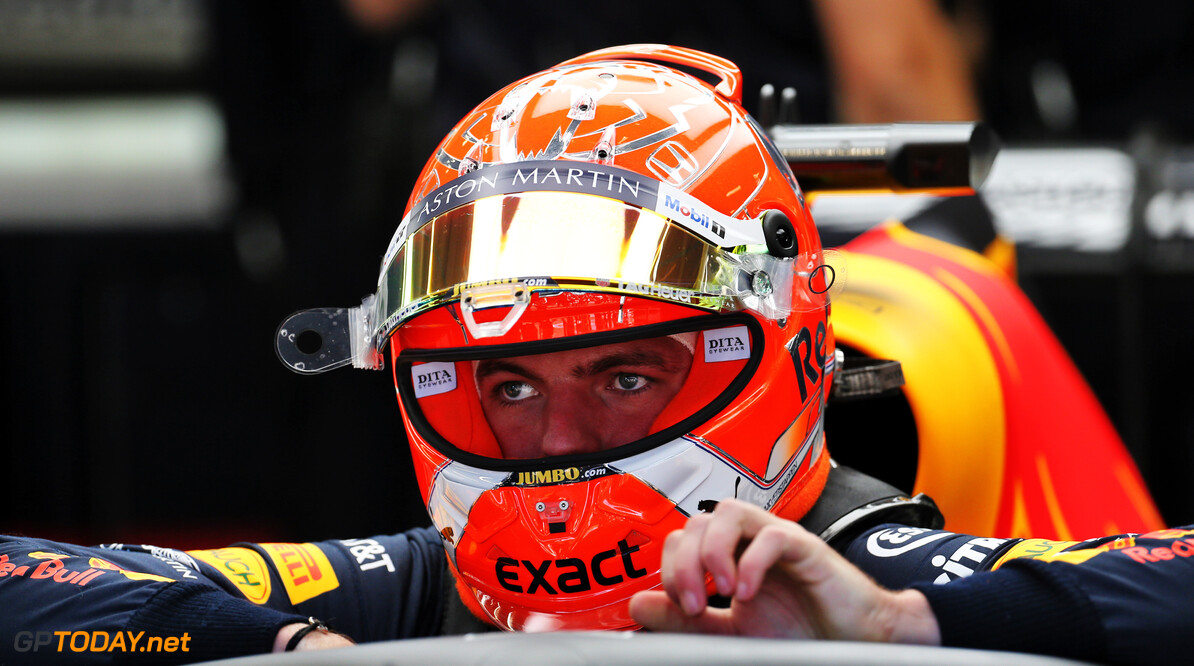 Max Verstappen is hoping that he can have a fight with both Mercedes cars on Sunday after a disappointing Saturday saw him suffer from power issues.

Throughout the weekend, Verstappen has reported minor problems with his Honda power unit, which went through phases of delivering a lack of power.

On Saturday, Verstappen says that anytime the team attempted to turn up the engine, it would cause a drop in power, which forced it to run in a conservative mode.

"In general, I would say a tricky weekend," he said. "All the time we wanted to up the power, it didn't work. So we had to run conservatively in qualifying. That's not what you want around here.

"We were losing quite a lot on the straight. But on a positive note, we were still quite close to the Mercedes cars. For us that is quite important. We'll try to fight them tomorrow."

Verstappen added that Ferrari is looking too strong in a straight line, which will make it difficult to pass should someone have the opportunity.

"I think our race pace yesterday was really good. I expect it to be close, and Ferrari it looks like made a step forward with the top speed they have.

"Even if you have more speed, you will not get by," the seven-time Grand Prix winner added.

The Dutchman also stated that he is expecting "less trouble" with the engine during the race, as it is in qualifying mode where it is having problems.